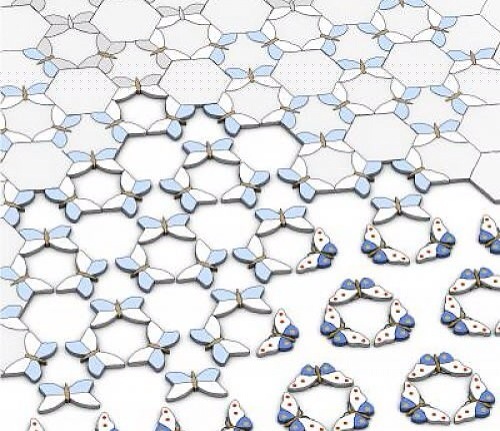 Researchers at the University of Manchester have discovered that combining black and white graphene can change the electronic properties of the one-atom thick materials.

An international team led by Dr Artem Mishchenko and Sir Andre Geim shows that the electronic properties of graphene change dramatically if graphene is placed on top of boron nitride, also known as ‘white graphite’.

The research published in Nature Physics explains that the major challenges for using graphene in electronics applications is the absence of a band gap, which basically means that graphene’s electrical conductivity cannot be switched off completely. Whatever researchers tried to do with the material so far, it remained highly electrically conductive.

The Manchester scientists have used capacitance measurements to probe these changes. They found that in combination with a magnetic field this creates numerous replicas of the original graphene spectrum. This phenomenon is known as the Hofstadter butterfly but it is the first time that well developed replica spectra have been observed.

The researchers found a wealth of unexpected physics in this new system. For example, the Hofstadter butterflies turned out to be strongly contorted, very different from the theoretical predictions. This happens because electrons feel not only the landscape but also each other, which modifies the butterfly.

Another phenomenon that the Manchester paper reports is that graphene starts behaving at very low temperatures like a tiny ferromagnet. Usually, the higher the magnetic field, the more magnetic graphene become. The Hofstadter butterfly in Manchester’s capacitors leads to an unexpected oscillating behaviour of the ferromagnetism. As new replica spectra emerge and disappear, so does the ferromagnetism.

Dr Mishchenko said: “It is really a new nice electronic system both similar to and different from graphene. We expect many more surprises. Let us first understand what it is and then we start talking about possible applications.”