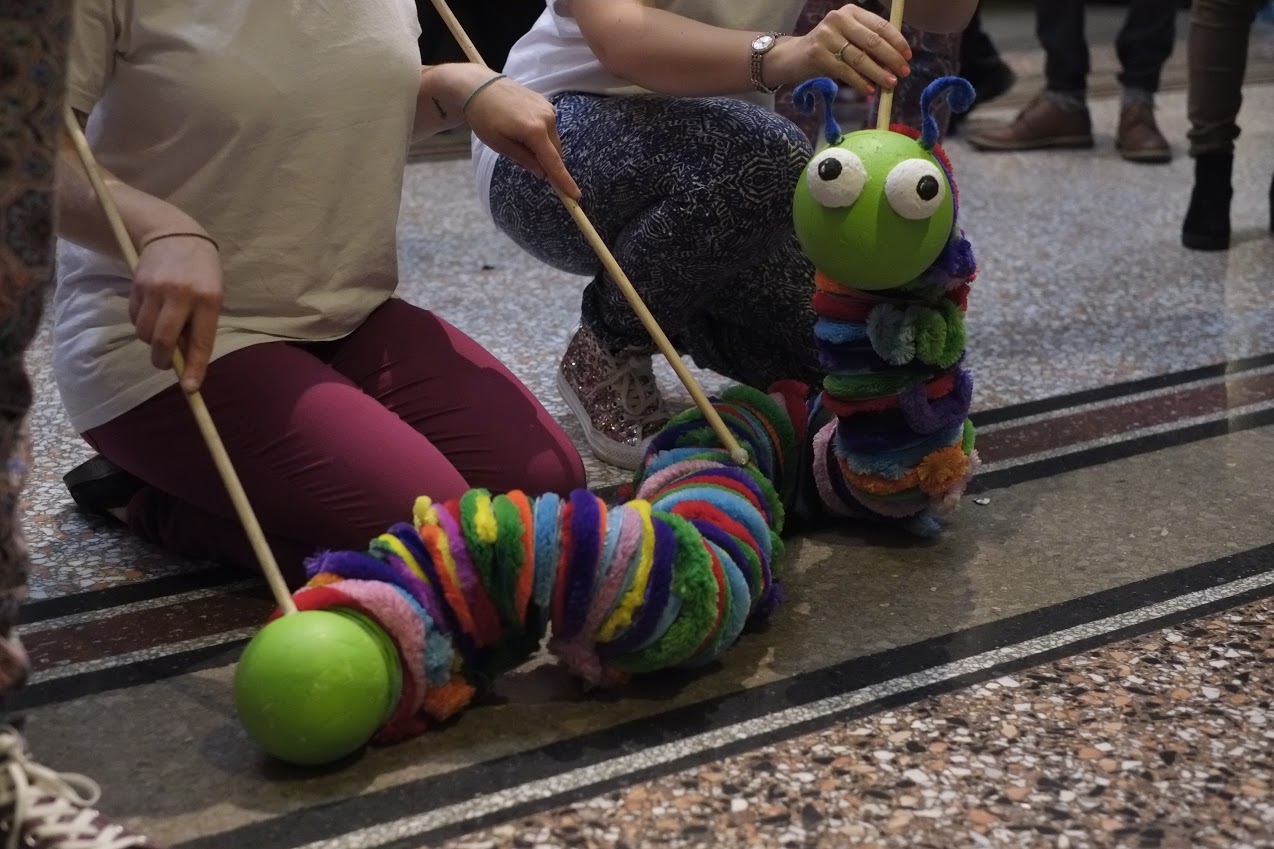 Salford-based Scallywags Theatre Company will perform their successful interactive family show, The Butterfly’s Adventure, across a number of libraries in Greater Manchester from April to October 2016.
With currently 6 confirmed tour dates, which are all free and open to the public, everybody is welcome to attend. Their next stop is Tameside Central Library and they are really excited to create a bespoke piece of theatre for the residents of Tameside which will bring well-known characters from Tameside to life!
The Butterfly’s Adventure is a site specific piece of theatre, which was commissioned by 24:7 Theatre Arts Network in June 2015 and premièd in Manchester Museum as part of 24:7’s Big Festival Weekend.
The show, aimed at audiences aged 4+ was very well received, which encouraged Scallywags to develop and adapt the story for Library spaces.
Scallywags Theatre Company’s aim with this performance is to help draw children and families back into their local community spaces.
A goal that sits within the company’s main mission, who, since forming at the University at Salford in 2014, have been developing their work around social enterprise within local communities.
The performance will engage audiences in an interactive theatrical journey through the Library spaces.
By using original live music and large-scale puppets, Scallywags aim to facilitate learning within Libraries in an engaging and dramatic way.
“Our story follows Martin the Caterpillar on a journey of discovery and exploration as he tries to learn more about himself and the world around him. Along the way he meets a number of wonderful characters all set in the magical world of the Library.

The idea of bringing free theatre to libraries and museums across Greater Manchester has been really exciting for me. I’ve really enjoyed directing this piece as every show is different tailoring for whatever venue we are in. Scallywags have had a great time devising this piece and I hope the audience will have a great time watching it too!”
Georgie Edwards, Director
“I am excited to be performing in libraries across Greater Manchester on such an innovative and interesting collaboration between theatre and education. It is always exciting to be developing work within your own local community and I hope that everybody enjoys the performances as much as we enjoy devising them.”
Saturday 14th May: Tameside Library, OL6 7SG. [10:30am & 11:30am] (£2 fee workshop fee)

Ciara Grant, Performer
Scallywags have been commissioned to devise and perform this tour thanks to a grant from Arts Council England as well as the ongoing support of 24:7 Theatre Arts Network. These tour dates will hopefully be just the beginning of an ongoing project whereby Scallywags hope to inject some theatre and imagination into lots more non- conventional theatre spaces in the heart of communities!

A use for the much maligned Pacer after all

£180,000 to help tackle underlying causes of violent crime in Manchester and Bolton