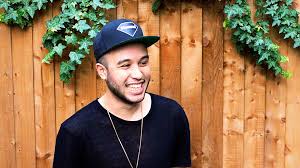 The number one British dance export and one of the world’s most sought after producers, Jax has achieved what most artists can only dream of. As well as being one of the few Brits to be included in the Billboard Dance 100 2018 – alongside the likes of Diplo, Marshmello and David Guetta, Jax has had BRIT and GRAMMY nominations, was the first dance artist to be Apple’s “Up Next”, is in the top 100 most streamed artists in the world with over 1.6 billion streams, has sold over 15 million singles and accumulated over 600 million YouTube views.

With a catalogue of chart smashes and a legion of loyal fans across the globe, Jax continues to make his way to the forefront of the music industry, pioneering the next wave of dance music. A true superstar in the making!

Don’t miss Jax Jones bring this very special live show to the U.K. later this year. Tickets go on sale on 31 August at 10am at LiveNation.co.uk.

Soundtrack 7 to be streamed exclusively live for MIF Live