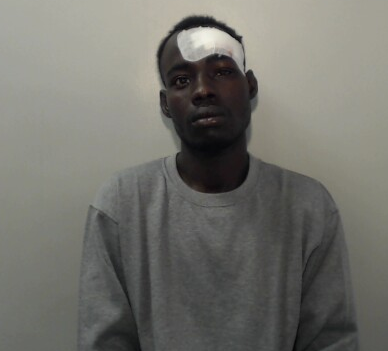 A 21 year old man has been jailed for over two years following a robbery spree in Hulme last year.

The court was told how last October a vulnerable man in his 60’s was sat on a bench in Alexandra Park when he was approached by a man who officers are working to identify and robbed of his bag which contained his bank card. Later that evening, the victim’s bank card was used by Rahma to make purchases from two different shops.

On the same day, Rahma approached a 20-year-old man on Stretford Road and asked what was in his pockets whilst lifting us his own top to expose a knife which was tucked into his waistband. The victim handed over his wallet and iPhone and Rahma demanded that the victim give him the pin for the phone before telling him “Run or you die.”

Police Constable Colin Ridgway, from GMP’s Operation Valiant team within the City of Manchester division, said: “Rahma’s use of threatening behaviour and intimidation towards his victims for his own selfish gain is completely unacceptable and this type of behaviour will not be tolerated in Greater Manchester.

“His victims were completely innocent members of the public who have been left feeling vulnerable and scared following these incidents. No-one should feel scared to walk the streets and thankfully today, we’ve been able to put Rahma behind bars.

“I hope that this sentence today sends a message to others who may be thinking about engaging in similar criminal activity, that we take crimes of this nature very seriously and we will find you and bring you to justice.”