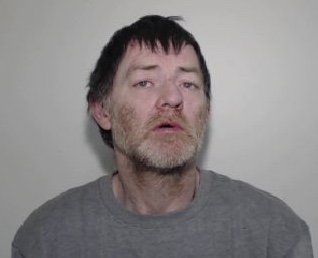 Edward Fitzgerald aged 50 of Walmersley Road, Bury, was sentenced to life imprisonment after pleading guilty to the murder of 50-year-old David Raymond Dixon.

He will serve a minimum of 23 years before being considered for release.

Three other men were also jailed during the hearing at Manchester Crown Court, Crown Square.

The court heard how on Monday 11 February 2019, Fitzgerald along with Lee Hopkinson and Anthony Dennison planned to rob Dixon at his address on Myrtle Street North

Once inside the address, he began brutally attacking Mr Dixon,who was known to friends as Ray – and repeatedly hit him as he lay on the ground injured.

Whilst Fitzgerald was leading the assault, Hopkinson and Dennison carried out their search of the property, and retrieved a bike, a large flat screen TV and other items. The trio then left the scene, leaving Ray mortally wounded on the living room floor.

A Home Office Post Mortem confirmed that he died from a head injury inflicted by blunt force trauma. The examination found no obvious evidence of any defensive injuries.

After stashing the TV behind some bushes on Parsonage Close, the three men then met up with a man, who took them to a property on Heyside Way.

At the address, Dean Murray then helped them wash their clothes in an attempt to clean the blood off.

Today, the men have been sentenced to a total of 43 years in prison.

Senior Investigating Officer Duncan Thorpe, of GMP’s Major Incident Support Unit, said: “Ray Dixon’s needless death was a tragedy which understandably devastated his loved ones. He died alone after being attacked in the most brutal fashion in his own home, which is a place where somebody should feel safest.

“Whilst Fitzgerald may have inflicted the fatal blows that killed Ray, the supporting role played by his co-defendants Hopkinson, Dennison and Murray cannot be ignored and they absolutely deserved to be stood in the dock alongside him receiving a prison sentence.

“I hope today’s result will leave Ray’s family with a feeling of justice now that those responsible for his death have been jailed.

“She was the most precious and closest person we had”-Tributes paid to murdered mother...