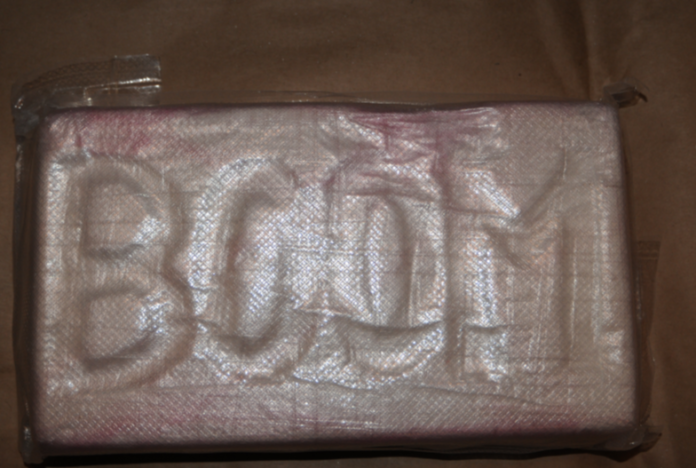 A man who concealed four kilos of Cocaine in his own home in Moston has been jailed.

The drugs were found during a search at Norris’s home back in December as part of an investigation into gun crimes.

An officer asked Norris if he had any cash or drugs hidden in the house. Norris then told the officer: “It’s under the bed.”

Officers then searched the bedroom and discovered two blocks of an unknown white substance under his bed with the word ‘BOOM’ written on outer packaging.

Two other blocks of white substance were seized from under the bed with the word ‘GOLD’ and ‘PIBE10’ written on the outer packaging.  A pair of black digital scales were also seized from inside the wardrobe, which had residues of cannabis on the weighing area, as well as several mobile phones.

Each of the blocks of white substance that were seized at the address weighed from 995grams to 1001grams and tested positive for cocaine, which was found to be between 61 and 80% purity. The cutting agent levamisole which increases dopamine levels in the brain was also found in the blocks of drugs.

Detective Superintendent Daniel Inglis of GMP’s Department of Serious and Organised Crime said: “This successful warrant shows our efforts to target illegal drug activity and keep our communities safe. I am thankful to our team, as well as those in the court system who have continued with this case – even in the current, challenging climate.

“Thanks to the efforts of our officers from the Force Xcalibre team an extensive amount of drugs has been seized and taken off our streets.

“We hope this sentencing sends a resolute message to those that deal drugs, that these offences will not be tolerated across Greater Manchester. I hope it reminds those who flout the law in this way, that there are grave consequences if they continue a vocation of drug dealing and criminality.”