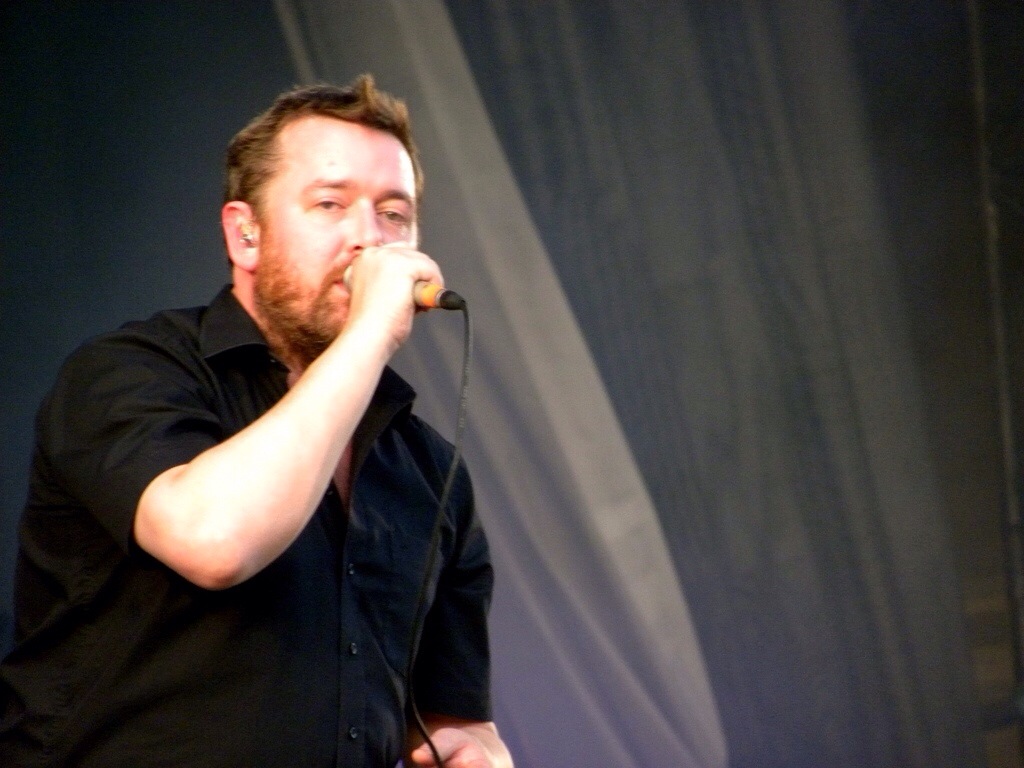 In an interview with the Independent’s Andy Gill, Guy Garvey tells how he found himself on his own, and anonymous, in the Big Apple.

“I desperately needed to be anonymous, to find out who I am on my own with a truncated love-affair in tow.”

And having developed an affection for New York in recent years, he upped sticks and plonked himself down in New York”

The change of scenery appears to have worked as Garvey settled into the more localised, bohemian surroundings of Brooklyn and shuttling between his home city and New York, the lyrics of Elbow’s new album, The Taking Off and Landing of Everything, reflected both the split and the travel.

“In an airport lounge, he tells Gill, “the whole world is going its separate ways, under this cloud of anticipation that exists in all airports. It throws up where you’re going, where you’ve been, what you like, what you don’t, and it gave me an opportunity to create some new characters in Red Bob and The Ivory Host, who were a man with high blood-pressure desperate for a drinking-partner in a plastic Irish pub in JFK airport, and our very pallid but austere barman.”

The New Album, a follow up 2011’s platinum effort Build a Rocket Boys is out on the 10th March and the band are playing at Manchester’s Phones 4U arena on the 11th April