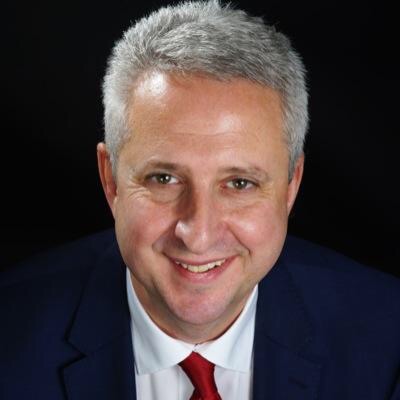 Ivan Lewis, the MP for Bury South and former government minister, tonight announced he will seek the Labour candidacy to become Greater Manchester’s first elected mayor.
Ivan will put the fight against inequality in all its forms at the centre of a campaign to transform every part of Greater Manchester.
Ivan said: “I believe radical change is necessary in Greater Manchester to reconnect economic growth with social justice and begin a new era of politics with more open democracy. I want local councillors, entrepreneurs, trade unionists, voluntary sector organisations and community activists to join me in a new mission to fight inequality and transform Greater Manchester.

“Good jobs, high quality education and skills, better health, especially mental health, quality public transport and affordable housing must become the norm in all parts of Greater Manchester. We can no longer afford to waste the talent of too many of our fellow residents or ignore the distinct challenges facing the most disadvantaged parts of the conurbation. Our future success as a fair society and dynamic economy depends upon our capacity to open up opportunities, shatter ‘glass ceilings’ and support people to fulfil their potential.

“I will stand up to the Tories from Day One to seek a new, better devolution deal that benefits every part of Greater Manchester. George Osborne and his Tory colleagues should be in no doubt that as the Labour mayor I will fight for more resources, more powers and stand in the way of any further attempts to privatise the NHS.

“I will also change the way we do politics, opening up our democracy so local councillors and communities play a bigger part and have a stronger voice in shaping our future; ensuring women and people from BME communities are properly represented at the highest levels in political and public service roles, reflecting the diversity of our community.”

Ivan, 48, has 19 years’ experience as a Greater Manchester MP and is one of the most experienced government office holders of his generation, having served nine consecutive years as a minister and five years in the Labour shadow cabinet.

Born in his Bury South constituency, Ivan did not go to university. Instead, at 19, he set up a new charity for adults with learning disabilities, Contact Community Care Group, which is still going today and of which he is still a supporter. He became a Bury councillor at 23, was made chief executive of a social care charity at 25 and became an MP, aged 30, in 1997, when he took back Bury South from the Tories.

He has served under four Labour leaders and held ministerial positions in the Treasury, Education, the Foreign Office, International Development and Health, where he was responsible for pioneering policies including the first ever national dementia strategy and a vision for the integration of health and social care long before it was conventional wisdom.

In Opposition, he has served as shadow minister for Culture, Media and Sport, International Development and Northern Ireland.

Ivan said: “In government and on the front bench I sought to be radical and innovative – always with the most vulnerable as my focus. That is what Greater Manchester now needs from a Labour mayor.”

Voters across Greater Manchester will be asked to elect a mayor in May 2017 following the DevoManc deals signed by the city region’s ten council leaders and government, devolving power for transport, housing, skills and, later, for the £6bn NHS and social care budget.