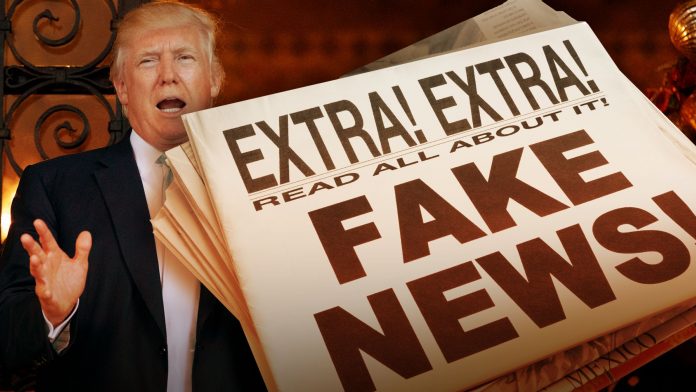 Believing ‘fake news’ induces stress and could be bad for your heart, new research suggests.

People with low ‘information discernment’ (ID), who do not question the source or reliability of information, demonstrate unhealthy symptoms of physical and mental stress, a pilot study led by Manchester Metropolitan University has found.

It is the first research to use a variety of sophisticated techniques across information science, psychology and user experience design – how people use media such as websites – to measure how users behave and react physically when making judgements about online information.

Researchers found that people with low ID have a flawed ‘threat’ response when presented with misleading information in a stressful situation, producing a stress response and bringing about unhelpful cardiac responses and erratic reading behaviour.

This ‘threat’ response also leads to psychological problems, with the study finding that participants with low ID lacked self-confidence and were likely to describe themselves in negative terms.

In an era of ‘fake news’ and the mass proliferation of unverified information online, the findings show that being able to make informed, balanced judgements is crucial for a person’s wellbeing.

Dr Geoff Walton, Senior Lecturer in Information and Communications at Manchester Metropolitan University and principal investigator on the study, said: “Those who aren’t very good at making judgements about information they read or see in newspapers, TV or social media, especially misinformation such as fake news, experience a negative physical response to it. This means that misinformation is actually bad for their physical health.

“On the other hand those people that are very good at making judgements about information tend to have a much healthier physical response when they encounter misinformation.

“Given the constant barrage of fake news that we come across everyday of our lives it clearly shows there is a worrying public health issue emerging.

“However, our previous research has shown that we can change this through teaching and training so that people get better at making judgements about misinformation such as fake news. By doing so they will have a much better physical response which will positively affect their wellbeing.

“This shows it is now time for school teachers and lecturers to be given the right tools, devised in our previous research, to develop ID in their learners.”

The results will be presented at the European Conference on Information Literacy (ECIL) later this year. A peer reviewed journal article is in preparation and a larger study is planned.

In the pilot study, 18-24-year-old men were asked to answer questions on how they consumed news and information.

These included whether they always go to their favourite news site to look for news, if they think knowledge can be contradictory, if they check who has written something online before sharing it, and whether they look for more than one source when checking a fact.

Participants were then connected to a Finometer to measure cardiovascular reactivity – arterial blood flow and heartrate –  and also captured eye-tracking data. They were then asked to read six news stories with a religious theme.

This revealed how low information discerners read much less of a story than those with high ID. The lower ID group tended to concentrate only on the first few paragraphs, while the high ID group scanned the whole page attending to text and graphical information.

Participants were also asked to tackle an impossible-to-complete wordsearch to create mild stress. They were led to believe they were helping to win £100 for another participant. Some received information that revealed, falsely, that the other participant had strong religious views.

Physiological data was captured throughout this process, and participants were asked to describe how they felt about the task.

Results revealed that when people with low ID received the false information, they had a poor cardiovascular and emotional response, while those with high ID had healthier responses.

Brave Northenden shopkeeper fought off would-be armed robbers by spraying them with oil.