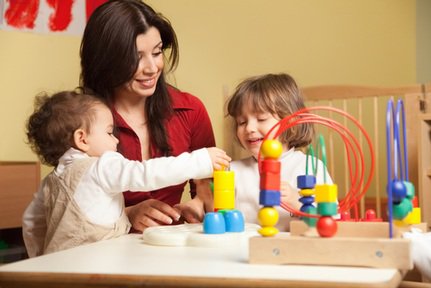 The switch to Universal Credit – the Government’s flagship welfare reform programme – is hitting parents with upfront childcare bills that have reached £1,000, new analysis from Save the Children reveals.

The charity has warned that this will force families into ‘childcare debt’ or block them from going back to work unless the government makes urgent changes.

Childcare support under Universal Credit scraps the help low-income families currently claim in advance for childcare bills – forcing parents to pay sky-high fees upfront. They then face waiting at least a month to be reimbursed.

Half of low income families have no savings[ii]. These families will be forced hundreds of pounds into the red just to afford the childcare they need to start work.

The analysis reveals the scale of this hole in family finances in England, once they have bought household essentials:

Steven McIntosh, Save the Children Director of UK Policy, Advocacy and Campaigns said:

“Parents are trapped between going into debt to afford childcare and turning down work because they can’t risk household direct debits bouncing. This defeats the point of Universal Credit.

“Childcare support should help parents find work and improve children’s chances in life. Instead of making it harder to get into work, the Government must switch to providing upfront help with childcare costs.”

Universal Credit brings together six means-tested benefits together into a single, monthly payment for low-income households. The Government’s roll out has so far reached around 10% of the people who will eventually be eligible. Under the existing benefits system parents can make a claim for help with childcare costs in advance of paying nursery bills.

Save the Children says that the way childcare support is paid under Universal Credit is unfair to lower paid families. The Government’s tax-free childcare scheme pays higher income families £2 for every £8 they spend on childcare. Unlike the support in Universal Credit, this help with costs is provided upfront, reducing the pressure of childcare bills for these better-off parents.

Office worker Louise, 29, from Southport recently returned to work after maternity leave. She received her first Universal Credit payment after 6 weeks, but her second payment didn’t come through, without any warning or explanation. After paying upfront childcare costs she and her partner went over their overdraft and direct debits for mobile phone bills, water, and gas and electric bounced. Fees for these reached £60 in one month. They have gone into council tax arrears and are on their final notice.

Louise said, “You end up paying out the most important things – rent and nursery. Then towards the end of the month there’s nothing left for anything else. We literally had nothing during this time and all our direct debits bounced which caused extra charges to us from our bank.”