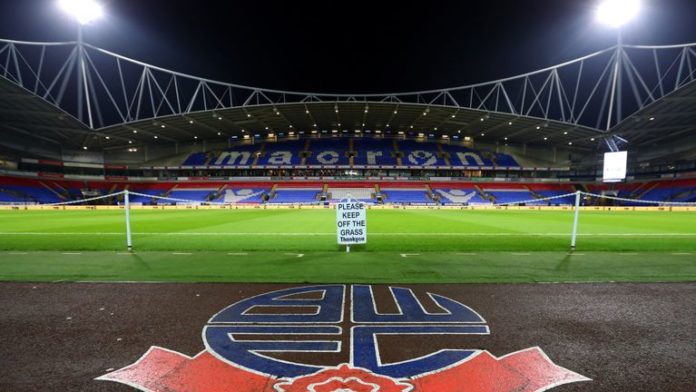 With both Wigan Athletic and Rochdale matches postponed this weekend, Accrington Stanley are our only representatives in League One. Accrington travels to Northampton Town for their first league match since 20th October due to COVID. Following their 2-1 defeat to Tranmere Rovers last weekend in the FA Cup, John Coleman will be hoping to pick up where he left off with a win over 17th placed Northampton, who have won two of their last five games in the league.

In League Two, it’s an all Greater Manchester affair on Friday night with Salford City, under new manager Richie Wellens, having his first taste of League Two action with Salford against Ian Evatt’s lacklustre Bolton Wanderers.

Bolton are currently having a below expectation season, with just one win in the past five matches and being knocked out of the FA Cup last weekend. Ian Evatt needs to find form and quickly if they are to mount any type of promotion push. Salford City, on the other hand, are mid-table and looking to start life under the new man in charge with a bang. Having fallen out of the early play-off places recently with two losses, two wins and a draw in their last five matches, a win would see them back among the mix.

Oldham Athletic will be looking for back to back wins for the first time this season, as they host a winless in five Scunthorpe United. On paper, this should be three points for the Latics given the form of both teams, however, football isn’t that easy. A win for Oldham would start to see them climb the table, and give a much-needed boost for Harry Kewell after coming under some early season pressure.

Following their FA Cup heroics last weekend against Rochdale, Stockport County will be looking to get back to winnings ways in the National League. A game against bottom of the league is the perfect match to claim that win. Having a draw and a loss in their last two league matches following a run of games unbeaten, Jim Gannon will be itching to get another three points on the board as they look like early title contenders in this tough league.

Altrincham are not having the greatest of starts to life back in the National League, with a loss last weekend after a run of fixtures to catch up their games in hand. They host Aldershot Town in which a point separates Altrincham in 20th to Aldershot in 13th. Phil Parkinson will know that a win can make a huge difference in terms of the way the league looks and building momentum early on.

Curzon Ashton are our last ‘elite’ team in the National League North, with all football below them now postponed for the time being. They travel to Kettering Town in the hope of stringing some wins together after a dip in form over recent weeks. Lowly Kettering will provide a tough challenge, nevertheless, it should be a great chance to scratch up three points for Steve Cunningham’s men.

Love it or hate it: Marmite may affect brain function