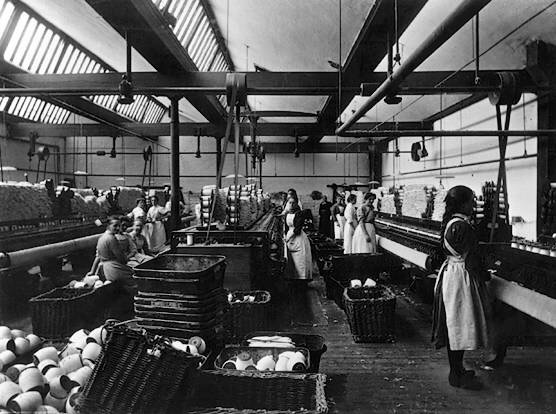 For those who thought that the textile industry in the North West was long deceased, think again.

A report out this week, launched at the House of Commons, and the biggest study in twenty-years on supply and demand in UK textile manufacturing may make you think again.

The Alliance Report: ‘Repatriation of UK Textiles Manufacture’, an independent report into the industry shows that nationally , the textile industry is worth £9 billion to the economy and is experiencing year-on-year export and domestic growth.

Government figures show that last year alone 5,000 new jobs were created in textile manufacturing in the UK and a further 15,000 jobs could be created in the industry by 2020.

The report found that that the Rationale for sourcing from low cost countries has weakened due consumer behaviour demanding shorter lead times and greater demand for UK made homeware.

Increasing costs from competing countries making UK sourcing more attractive and that significant capabilities still exist in traditional sectors such as yarn-spinning, knitting and weaving alongside growth in technical textiles, materials and composites.

The report also saw a number of retailers supporting the repatriation of textile manufacturing to the UK.

However, whilst textiles is one of the oldest made markets in the world, there is market failure in the UK due to decades of offshoring the report found.

One of the most urgent failures Government and industry need to address is an aging workforce, with a lack of skills provision and the image of the industry,which is prohibitive to new recruits.

John Dixon, Executive Director General Merchandise, Marks & Spencers commented: “The report shows what a positive effect a resurgent UK textile industry has on job creation, skills and innovation on our own doorstep. That’s why we’re backing the Alliance report and the Textile Growth Fund and why we continue to invest in the industry through products like our Best of British range and our textile apprenticeship scheme.”

The UK Fashion & Textile Association stated: “The UKFT recognises the changes in manufacturing and supply chain management over the last 20 years. The Alliance Project has both identified the remaining capacity in key regions and established its provenance and opportunity for growth. UKFT fully supports this key project and its outcomes and welcomes the future funding potential that celebrates our industry, its future and its growing contribution to the UK economy in growth and jobs.”