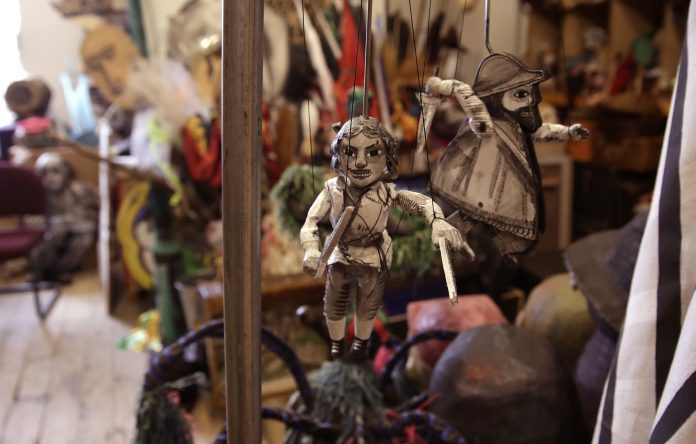 Manchester Folk Festival, a major new annual festival in Manchester celebrating the best of English folk and acoustic roots music, announces its full programme of concerts, film and theatrical experiences, artists in conversation, craft workshops and a proper pub singaround at venues across Manchester this autumn.

Featuring out of the ordinary combinations of artists, this new urban music festival will offer a different perspective on and attract new audiences to discovering the incredible range of contemporary English folk and acoustic music.

Manchester Folk Festival takes place from 19 – 22 October across the city based in and around HOME and is set to become an exciting addition to the thriving Manchester and UK festival scene.

With over 16 concerts featuring over 30 artists in a mix of intimate and large scale gigs, Manchester Folk Festival is the only festival dedicated to promoting and supporting new English folk and acoustic music. It will host the English Folk Expo music showcase, attracting delegates from across the world to experience contemporary English folk and supporting the industry to thrive.

Presenting festival stage giants and folk club legends, the programme spans everything from experimental and indie folk to traditional music. Expect big bold sounds from the likes of Jon Boden and the Remnant Kings (ex-Bellowhead) who brings a 10-piece line up to the stage and Afro Celt Sound System whose exhilarating show will make the sprung dancefloor of The O2 Ritz bounce.

Award-winning musician Kathryn Tickell joins the festival with author David Almond and clog dancer Amy Thatcher in an event combining the song, stories and music of the North.

A strong strand of protest singers includes political and LGBT activist Grace Petrie, People’s History Museum’s Songwriter in Residence Quiet Loner, and BBC radio presenter and activist Tom Robinson, who will perform the entire Power in the Darkness album to mark the 40th anniversary of 2-4-6-8 Motorway.

Exciting new combinations of artists will appear together including emerging artists alongside big names.

Each year, Manchester Folk Festival and the English Folk Expo will have an international partner. Three extremely special guest artists from Canada’s Prince Edward Island (where there is a rich folk inheritance from their French, Celtic and native Mi’kmaq roots) join the bill for 2017.