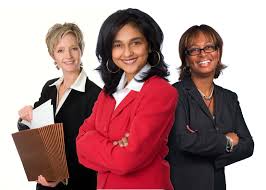 A survey conducted by consumer research agency Populous for Channel 4’s flagship current affairs programme Dispatches has found that 59% of women had never asked for a pay rise, compared to 42% of men.

The survey was commissioned for Dispatches: How to Get a Pay Rise which examines British attitudes towards pay and reveals how to prepare for that all-important pay discussion – with access to expert negotiator Dan Hughes, the man who has helped train civil servants representing the UK at Brexit negotiations.

In addition to being less likely to ask for a pay rise, Dispatches revealed that more than half of the women surveyed (58%) say they would be worried about how their boss would react.

Sophie Walker, Leader of the Women’s Equality Party believes women are at a disadvantage when asking for a pay rise.

“The gender pay gap in this country is 19% and that’s an aggregate pay gap that brings together full time working and part time working to reflect the fact that women or not equal across all different levels of work…that widens to 33% in the 12 years after women have their first child.”

Outside of London, people in the North East of England are the most likely to have ever asked for pay rise (46%) followed closely by those living in West Yorkshire (45%). People living in Northern Ireland were the least likely to have ever asked for a pay rise with more than two thirds (71%) saying they never have, followed by 57% of people in the North West.

The results also revealed that more than half (54%) of people admitted they would be too apprehensive to approach their employer to ask for a pay rise, with 39% not feeling confident they have the negotiating skills to secure one.

Dispatches features exclusive new findings from forthcoming Resolution Foundation research, commissioned by the Social Mobility Commission, which reveals that around three quarters of people who were in a low paid job 10 years ago have not escaped from low pay. The study says that only one in six workers moved into consistent higher-paying work.

According to the Resolution Foundation, the UK has among the highest proportion of low paid workers in Europe, with around one in five people earning below two thirds of the typical hourly wage. In 2017 the threshold for low pay was estimated to be just £8.25 an hour.

The UK now has amongst the worst wage growth of any advanced country.

She told Dispatches: “What happened in the last 10 years in extremely unusual we haven’t seen a decade of such low level of wage growth for 210 years, since Great Britain was at war with Napoleon…it’s outrageous really that wage growth has been so weak.”

Seamus Nevin, Head of Policy Research at the Institute of Directors, told Dispatches that when it comes to pay rises, people should not forget the financial crisis.

“It’d be wrong to call for pay rises that go ahead of productivity or what the economy and employers can afford because the long term consequences of that can be loss of jobs. We’ve just been through the greatest and deepest financial crisis in human history so the last decade has been very difficult for many people.

However he added that executive pay should be linked to performance.

“If your company hasn’t been performing and you’re not paying your workers based on the success of that company then you (FTSE100 bosses) don’t deserve being paid high salaries either”.

Can you help police identify these women wanted for a brutal assault in Salford?