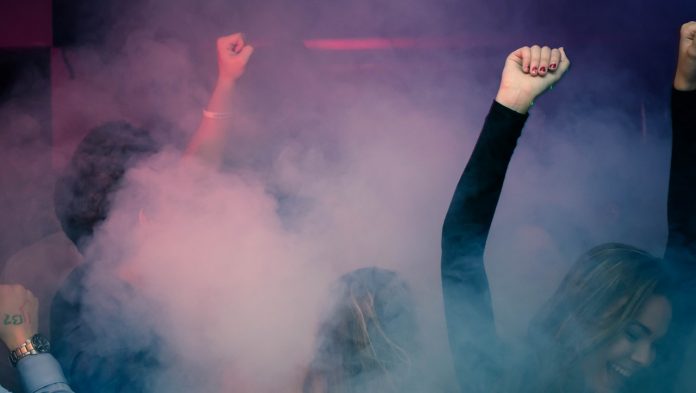 Over the last two years, a bingo-based phenomenon has been taking over UK halls and nightclubs, delivering high-energy rave bingo games to the masses. Founded by Jonny Bongo, Bongo’s Bingo is the best thing to happen to the traditional, classic game of house since it entered the online world. The event is so popular that Bongo’s Bingo continues to spread around the world, reaching as far as Ibiza and Dubai. Back in September, Bongo’s Bingo launched in Amsterdam with great success, though it seems they’re focusing more on the Australian market throughout October and November as we read on www.bongosbingo.co.uk/press/9/Australia/.

How Does Bongo’s Bingo Work?

Though it’s a little intense, the game is really quite simple – especially if you know how the more traditional game works. In fact, you don’t even need to have been to a traditional bingo hall in the past, the most thorough practice you’d ever probably need is a few online games. There are plenty of options to choose from, for instance if you visit https://bingo.williamhill.com/en-gb/ you’ll find over twenty bingo variations including Speed Bingo and Time Out Tavern, so you’ll be an expert once you arrive at Bongo’s Bingo.

Once everyone is settled, bingo booklets and pens in hand, the presenter will begin calling randomly generated numbers. Some of these numbers come with musical caveats that will cause people to jump on their tables, and sometimes you’ll be asked to chant along with something, but you must remember to mark your bingo cards if you want to win. If you do happen to miss which number has been called, don’t worry as there are indicator boards you can use for reference.

If you happen to be the first player to have one line, two lines or a full house then you must call out “BINGO!” as loud as you can. One of the presenter’s helpful assistants will then come and check your sheet, you’ll receive a weird prize and the game will continue. That’s it really, it’s actually quite simple once you get your head around just how different this version of bingo is to the traditional game.

Where Can You Play Bongo’s Bingo?

Of course, Manchester locals are sure to already have heard of Bongo’s Bingo. After all, the chaotic, ironic version of classic bingo can often be found at the Albert Hall. For 40 years, the Grade II Wesleyan chapel in Manchester City Centre stood vacant and hidden from the crowds, but has now become one of the most contemporary, vibrant venues in all of Manchester. Almost every week throughout summer and into October, Bongo’s Bingo turn the Albert Hall into a mad bingo party with rave interludes, crazy prizes and table dancing under strobe lights.

In total, Bongo’s Bingo can be found at ten venues across the United Kingdom, including Canal Mills, Leeds; The Boiler Shop, Newcastle; The O2 Academy, Sheffield and Camp and Furnace, Liverpool. While you may have attended one of the night’s hosted at the Albert Hall, no two venues or even nights are exactly the same, especially since they have special guests from time to time. So Solid Crew attended a Leeds night in October, while acts including Keith Duffy of Boyzone and Westlife’s Brian McFadden have made appearances in the past. For more information on upcoming events, simply visit http://www.bongosbingo.co.uk to check it out.

Needless to say, Bongo’s Bingo is making quite the impression around the United Kingdom, and the world. While other methods have failed to attract audiences to bingo halls that would rival the heady bingo days of the late 20th Century, Jonny Bongo events are selling out regularly. Hopefully, as the business continues to achieve success more halls that were once abandoned like The Albert Hall will be brought to life again, embraced by the mad, bingo-loving millennials.

Will Manchester Tourism Bounce Back Post-Lockdown?

As the nation marks the 100th anniversary of the Battle of the Somme, what...