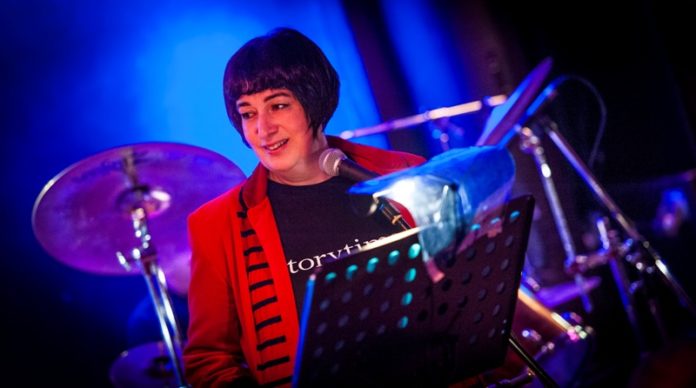 There is a story the bees used to tell, which makes it hard to disbelieve….

Joanne Harris brings her musical storytelling show to Waterside in Sale, Trafford on Friday 1 March, combining original music, songs, images and stories.  The internationally acclaimed author, who is very active on Twitter, has made her live storytelling a popular phenomenon. From these stories, written from scratch in front of a Twitter audience, and sent out into the Twittersphere in segments of 140 characters, a whole book of stories has emerged – thought-provoking, funny, sad and completely original.

Honeycomb, an illustrated collection of 100 dark and interconnected tales, will be published by Gollancz in the autumn of 2019. Meanwhile, Joanne and the Storytime Band have created #Storytime: a live show featuring tales from the book, plus image projections and music, as well as longer pieces based on her 2017 novella A Pocketful of Crows, and her new 2018 novella The Blue Salt Road.

Joanne Harris is known for her award-winning book Chocolat (later made into the Hollywood film starring Juliette Binoche), along with other best-selling novels, including The Gospel of Loki, Runemarks and Runelight. Her career also includes writing for TV, opera and musical theatre, and her work has been published in over 50 countries.

The Storytime Band is Paul Marshall on keyboards, vocals and guitar, Kevin Harris on drums, vocals and percussion; Matt Cundy on bass and effects and Joanne Harris on flute and vocals.

Call for Entries in Waterside open