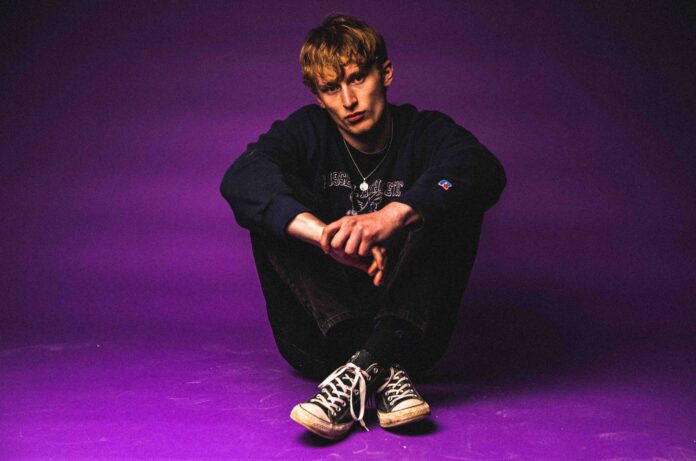 A familiar name amongst the Manchester music scene, Wigan-born Varey spent the past 4 years gigging heavily across the city’s venues alongside his previous band before being forced to step away from live music by the UK lockdown.

Using the downtime to spark several realisations and fresh waves of inspiration, Maxwell launched his solo music career in the winter of 2020 with debut single ‘Lucid’.

Now tackling his songwriting with the DIY approach which sees him write, record, play and produce each and every element of his music – Varey takes influence from right across the musical spectrum; whether it be Tame Impala, Tom Misch or Anderson Paak.

Mixed by Adam Gorman at Pinhole Studio (Chloe Foy, Seafret) and mastered by Christian Wright (LCD Soundsystem, Radiohead, Coldplay) at Abbey Road Studios, new single ‘Psycho’ finds those influences representing themselves in the form of deep, psych-tinged grooves and funky electro-rhythm; maintaining the infectious, singalong nature of Northern indie while elevating himself into the realms of alt-pop.

Lyrically, ‘Psycho’ finds Varey fascinated by the way that a manipulative personality can find even a person with the darkest of mentalities able to win the sympathy and love of an outsider.

“It’s a dark description of how complex a manipulative relationship can become,” he explains. “I find it fascinating how people often find themselves sympathising with certain characters in films and shows, even if their character is a stalker or murderer.

I can kind of understand it though – it’s strange how psychology works, and I wanted to convey that within a song. It’s as if manipulation can go beyond fiction, and in some ways the viewer can find themselves equally as manipulated as the characters in a show.”

‘Psycho’ will be released Wednesday 28th July via all digital platforms.

Sit, cycle and smile at the happiest bar in Manchester this weekend