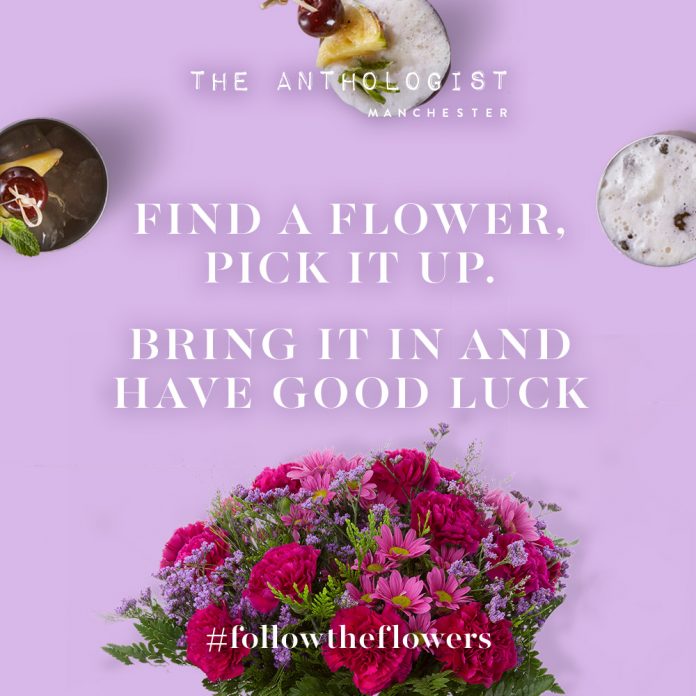 And bosses there have introduced themselves to the city by launching a scavenger hunt right across the city centre.

They’ve hidden 10 big bouquets of flowers in strategic locations across the city centre in places like Piccadilly, Portland Street and Spinningfields, St Peter’s Square and the First Street Estate.

Anyone who finds one of the 10 bouquets not only gets a fantastic floral prize but also the chance to win a range of other prizes, from VIP invites to The Anthologist’s exclusive launch party on July 5th to a top secret (and very special) Main Prize.

Mancunians simply have to follow The Anthologist Manchester on Facebook to receive clues as to where the 10 prize-winning bouquets have been secreted across the city centre.

The event is part of The Anthologist’s ‘Language of Flowers’ initiative which encourages people to ‘say it with flowers’ – communicating with loved ones in a way that transcends words. This will play out on social media and in the streets of the city over the next few weeks, offering beautiful floral tributes to the city in a variety of creative ways.

You may have also seen The Anthologist starting to appear via a quirky and cool set of adverts on the city’s trams over the last few days.

The Anthologist Language of Flowers Scavenger Hunt kicks off on Monday July 2nd, which is also the day the fantastic new bar restaurant opens to the public in St Peter’s Square.

For further details head over to The Anthologist’s Facebook page here: https://www.facebook.com/theanthologistmanchester/

Even better, those booking in now for bar snacks or dining between July 9th – 15th will get 25% off the cost of food. Any party of six or more booking a table in the bar area for drinks during the month of July gets a free bottle of prosecco if they quote ‘Prosecco’ when making the booking.

Reservations can be made online at: www.anthologistmanchester.co.uk

Cocktails galore at Around the World as summer menu is launched