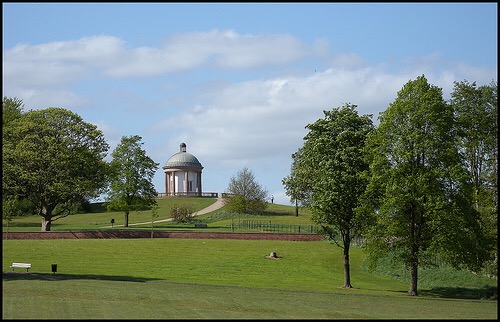 £600k of Clean City Fund money is being used to improve park dubbed the “green lungs of Manchester”.

Heaton Hall and Heaton Park has received major improvement works that will help maintain one of the city’s best loved green spaces and most important cultural attractions.

A significant portion of the city council’s Clean City Fund has been directed to the park for a range of projects and improvement schemes, while the historic Heaton Hall has benefitted from key investment from English Heritage.

Heaton Park, which has Green Flag status, has received £600k of the Clean City Fund, which has allowed staff and volunteers to begin new projects to make the park even better.

Heaton Hall has received key funding support from English Heritage to ensure the building is protected in to the future.

Though the hall is currently closed to the public, this current phase of repair work follows substantial works carried out to the hall’s roof in 2014.  These repairs will ensure long-term protection against the elements.

As a second phase of works, locally-based craftspeople have now started repairing the historically significant windows, joinery and stonework in the Central and East Wings, all in keeping with the property’s Grade I listed status.

The toilets at the Farm Centre have already been refurbished through the Clean City funding and new, energy efficient systems that will reduce water and electricity use, and require less maintenance, have been installed.

The new toilet facilities are located close to The Stables Café, which reopened to great reviews last summer, along with the Pavilion Café that reopened on the shore of the boating lake late last year after its own refurbishment.

Both cafes are being operated as a not-for-profit social enterprise organisation EAT Pennine, and over the next three years they have pledged to support more than 60 young people into employment.

Whether they have been in prison, long-term unemployed or just need a chance to get on the first rung of the working ladder, the cafes at Heaton Park offer an opportunity.

Across the park, the fund will improve entrances and seating that will make the park more welcoming to visitors, while keeping the space safe. Access improvements and path resurfacing will also help anyone with impaired mobility enjoy the park with confidence.

23 new benches have been installed while work to rejuvenate the Western Pleasure Grounds is underway, with new planting due in Spring.

16 new large capacity litter bins have been installed to help limit litter in the green space. Recycling bins are currently under construction that will improve the green credentials of the attraction.

Charles Smith, North West, Heritage at Risk Principal at English Heritage, said; “The grade I listed Heaton Hall, which is the centre-piece of the Park, is an incredibly important site. English Heritage has put £200,000 into a project to bring this fine late 18th century former country house back to life. We are working in partnership with Manchester City Council to halt the decline of the building and find a long term-sustainable use. Initial urgent repairs have been completed and a programme of further essential repairs are on-going, supported by our grant aid.”

The Heritage Open Days at Heaton Hall will be run in close partnership with the Friends of Heaton Hall and allow guided access and tours of the historic property.

Lowry painting of Clitheroe up for sale at Bonham’s