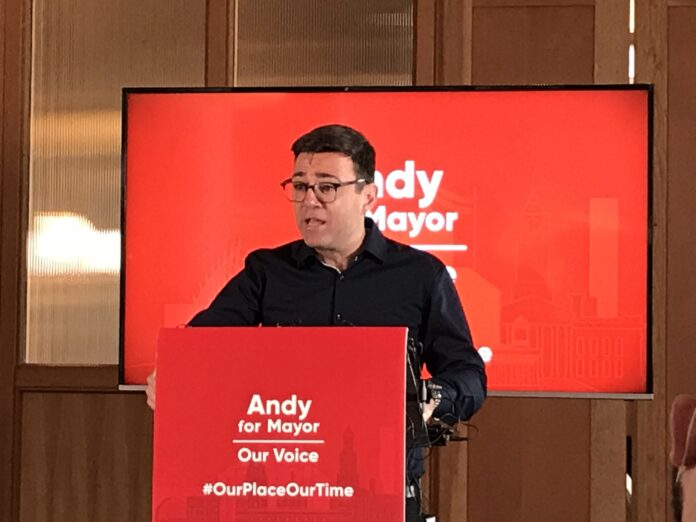 Introduced by Manchester actor John Tompson, Burnham promised that if re elected he would take Greater Manchester to the next level.

He promised an integrated transport system by 2025 with a daily cap for fares which would be a game changer for the region and promised that rail would be integrated into the system by 2030.

There would be a new living wage charter for the region, a retrofit building programme that will see job creation and promised 30,000 zero carbon homes and that the region would be carbon neutral by 2038.

There will be a new living wage charter promising that those working in social care will be properly rewarded.

The neglect of the North of England by central Government he said , has had a human cost which had been shown by the pandemic in the last twelve months and that the crisis had brought to the fore things seen once as desirable becoming essential citing green spaces and the provision for mental health services

He said that the people of Greater Manchester should have more say over what happens in their region and called for more devolution powers to give people more influence over their lives.

Thousands of children hospitalised after self-poisoning with drugs and bleach