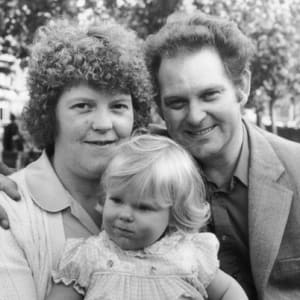 Two nurses who played pivotal roles in the birth of the first IVF baby, Louise Brown are to be commemorated in Oldham.

Louise was the world’s first in-vitro fertilised (IVF) baby – born at The Royal Oldham Hospital on 25 July 1978, exactly 30 years after the NHS was created.

The two nurses did not have their names engraved on the original plaque installed over 40 years ago, and the hospital and local partners now want to help put the record straight and shine a light on the whole team involved in this historic medical breakthrough.

“We are immensely proud of The Royal Oldham Hospital’s heritage and the significant contribution the hospital has played in providing local healthcare to the families and communities of Oldham borough and neighbouring areas since the NHS was created.

“Everyone would fully recognise that IVF was a ground-breaking contribution to medical science and has helped hundreds of thousands of couples and families across the world since.

“We fully agree and support the need to install a commemorative plaque to recognise not only the crucial role that Jean Purdy played but also that of Sister Muriel Harris.

“As we approach the 41st birthday of Louise Brown and the 71st anniversary of the NHS this month, we must take this opportunity to make this consensus view a reality and ensure our history is not forgotten.”

Jean Purdy was a nurse embryologist and Sister Muriel Harris was an operating theatre superintendent, both of whom played a significant part in the development of IVF and the birth of Louise Brown.

Both worked alongside and closely with biologist and physiologist Dr Robert Edwards and obstetrician and gynaecologist Mr Patrick Steptoe on this historic achievement in medical science.