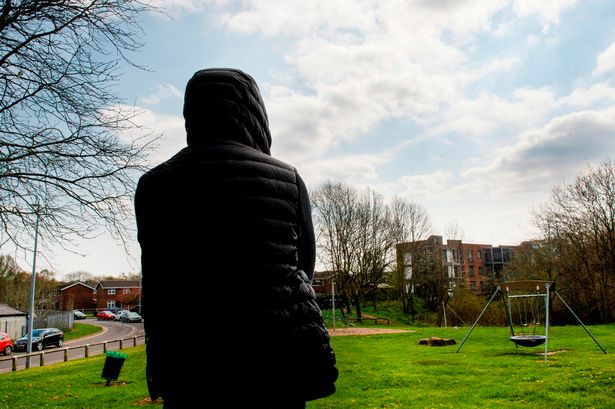 Children as young as seven are being drawn into the dangerous world of ‘county lines’ drug dealing, a new report from The Children’s Society is warning.

The report, Counting Lives: Responding to Children who are Criminally Exploited, finds 14-17-year-olds are most likely to be exploited by criminal gangs and organised crime groups, but that children of primary school age are increasingly being targeted.

One respondent to a survey of police staff said an eight-year-old had been suspected of being groomed to carry drugs and one local practitioner told of a seven-year-old who was receiving support.

Criminal gangs are taking advantage of younger children but both boys and girls of all ages are at risk. The number of 10-17-year-olds arrested for intent to supply drugs – a significant indicator of county lines trafficking – have gone up by a staggering 49% outside London with the number rising from 338 in 2015/16 to 505 in 2017/18.

Worryingly, the number of children being trafficked to sell drugs outside their home area has nearly doubled from 69 in 2015/2016 to 132 (2017/2018) across 11 out of 41 police forces that responded in England, meaning these children are in very dangerous and traumatic situations sometimes hundreds of miles away from home.

The Children’s Society says these figures may be the tip of the iceberg in highlighting the scale of the issue, with previous figures suggesting that tens of thousands children are being groomed to carry drugs.

The report highlights that children affected by family breakdown, living in poverty and being excluded from school may be deliberately targeted by perpetrators. However, it finds that any child can be at risk of exploitation, and that anyone who wants to fit in, to feel less alone or to make money can be at risk. Researchers found that children from more affluent backgrounds and rural areas were vulnerable to exploitation.

There are increasing concerns for younger children, and the report quotes professionals saying perpetrators ‘scout for children perceived as being ‘naughty’ – those who are already pushing societal expectations and boundaries or who are easily convinced – by throwing stones through windows for example’. The grooming process may start with children being persuaded to ‘keep watch’, then escalate with requests to stash drugs, weapons or money and courier drugs.

The Children’s Society spoke to a deputy head from a primary school who said the risk of younger children at their school being exploited in this way was a “growing concern” and: “There are a couple of children we know of who are ten and younger who have been caught up in this. One boy in Year 6 is often picked up after school by older boys from the area who are about 13 or 14 but we know they are also involved with boys aged about 16 or 17, so you can see there is a web of exploitation where children who are exploited are then made to involve the younger ones.

“I once saw one of the ten-year-olds taking free fruit from the local supermarket and giving it to the older boys outside. This was a test of loyalty and an exercise in seeing what the boy was prepared to do for them – that’s how it starts. They’re easy targets as they’re seen as sweet and small and because of this they don’t get caught or end up in as much trouble as older children.”

Criminals are also adapting their tactics to avoid detection, for instance, by using children to carry drugs within their localities and even schools rather than further afield, and by arranging ‘shifts’ – minimising the need for children to go missing for lengthy periods. Practitioners also reported how children terrified of the violence they would face if they missed a ‘shift’ were deliberately getting sent home from school or excluded – for instance, by ‘acting out’ or wearing the wrong uniform.

The Children’s Society found many police forces and councils are not recording data about children who are exploited and nearly two-thirds of councils do not have a strategy in place for tackling child criminal exploitation. [iv]Some professionals cited a lack of understanding of the National Referral Mechanism, describing it as a ‘form-filling exercise’ rather than a gateway to support.

Nick Roseveare, Chief Executive at The Children’s Society, said: “This shocking report reveals how cowardly criminals are stooping to new lows in grooming young people to do their dirty work and in casting their net wider to reel in younger children.

“Children are being cynically exploited with the promise of money, drugs, status and affection and controlled using threats, violence and sexual abuse, leaving them traumatised and living in fear.

“Yet the response from statutory agencies is too often haphazard and comes too late and a national strategy is needed to help improve responses to child criminal exploitation. This should mean better early help for children and training for professionals, access to an advocate to ensure all children are supported as victims, and a greater focus on disrupting and bringing to justice the perpetrators who are exploiting them.”

Back to the future for our High Streets

A third of over fifties with hearing loss could be undiagnosed say Manchester...