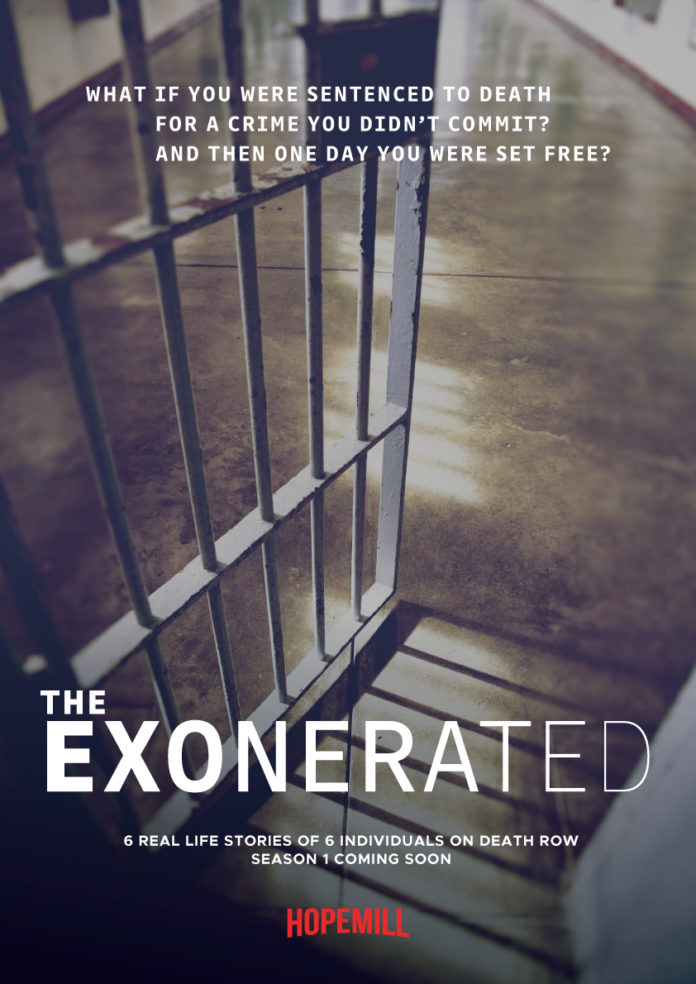 Hope Mill Theatre in Manchester is to stage the Northern Premiere of The Exonerated – a gripping death row drama that is to be reimagined in the style of a television true crime documentary.

Taken from interviews, letters, transcripts, case files and the public record, The Exonerated tells true stories of six wrongfully-convicted survivors of death row in their own words.

Moving between first-person monologues, courtrooms and prisons; six interwoven stories paint a picture of an American criminal justice system gone horribly wrong – and of six brave souls who persevered to survive it.

The Exonerated premiered Off Broadway in 2002 (where it won a Lucille Lortel Award and a Drama Desk Award as well as an Outer Critics Circle Award), was made in to a 2005 film starring Susan Sarandon and Danny Glover, and then a production ran at the Riverside Studios in London in 2006.

Artistic Director Joseph Houston, said: “I am thrilled to be directing the Northern Premiere of The Exonerated. When I first read the play I was instantly inspired by these heart-breaking stories of six people wrongfully convicted and sentenced to death row.

“Knowing the power of documentaries like Making a Murderer and The Staircase in highlighting legal injustices and the emotional connection we have to such stories, I knew that Hope Mill was the perfect venue for a ‘Netflix-style’ reimagining of The Exonerated.

“I want this to be a unique theatrical experience that integrates documentary-style filmed footage, but without losing the impact of live theatre.”

The Exonerated is written by Jessica Blank and Erik Jensen, directed by Joseph Houston, filmography by Grant Archer, lighting design by Aaron Dotson and casting by Jane Deitch. Produced by William Whelton for Hope Mill Theatre.

Casting to be announced.

The Exonerated runs at Hope Mill Theatre from Thursday 6 June to Sunday 16 June 2019. Tickets, from £10, available from www.hopemilltheatre.co.uk