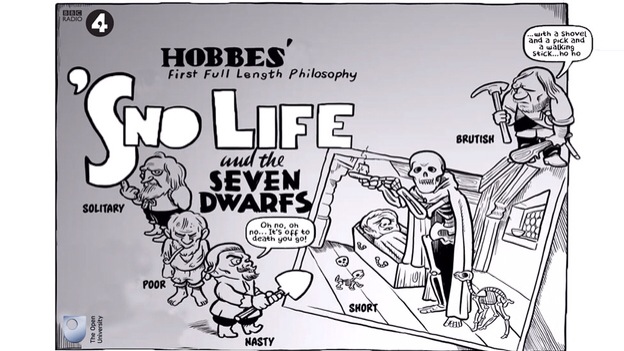 BBC Radio Four is to offer listeners a fresh take on some of the big questions that have preoccupied thinkers down the ages in a major new sixty part series.

A History Of Ideas features a range of voices from different walks of life, will take the listener into some of the most significant ideas in history that still have purchase on our lives today, with topics ranging from beauty and freedom to technology and morality.

Along the way listeners will be introduced to historic thinkers such as David Hume, Francis Bacon, Immanuel Kant and Plato to see how their ideas play out in unexpected places.

From split second decision making on the battlefield to the sense of inner freedom belonging to Jain Monks.

Ranging from the personal hell of drug addiction to asking whether wine critics really make better judgments than the rest of us (David Hume thought they did).

Airing on weekdays in three-week instalments, the series will hear from lawyers, philosophers, neuroscientists, theologians and others, all with distinctive takes on the question under consideration.

Each week will begin with four thinkers, pre-eminent in their respective fields, discussing one specific question – such as ‘how do I live a good life?’ or ‘what does it mean to be me?’, with Melvyn Bragg presiding over the exchange of views.

The contributors will then have a chance to develop further their arguments in their own authored programmes from Tuesday to Friday.

Gwyneth Williams, Controller, BBC Radio 4, says: “I’m delighted to be bringing this new format to Radio 4 listeners, taking in a range of voices and perspectives on 12 of the biggest questions that have occupied the best minds for thousands of years. And who better to guide us than our very own Melvyn Bragg. ”

Forty-eight animated films have been commissioned for the Radio 4 website to complement the series.

Made by Cognitive, the brains behind RSA Animate and a number of animated TED talks, the films will be around 90 seconds in length and will help viewers get to grips with important concepts in the history of ideas.

A History Of Ideas begins on Monday 10 November. The series is co-produced with The Open University.

The Fountain House to Reopen as Premium Gastro Pub this Autumn