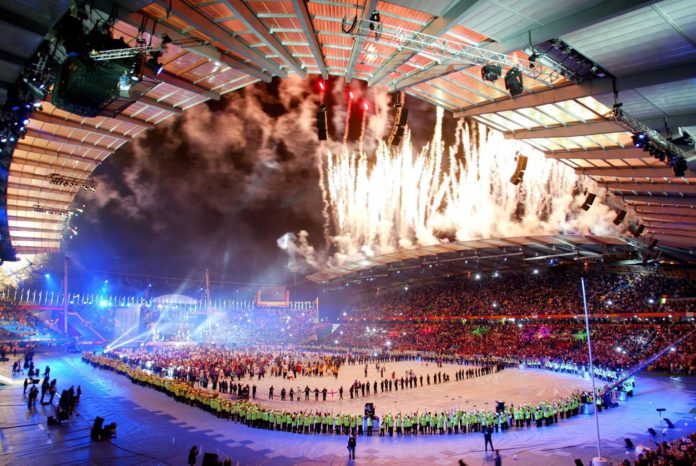 When it comes to sporting achievements, Manchester has had its fair share. All the major sports that we love to watch or play have seen Mancunian brilliance light them up at various points. Whether it is Manchester-based teams or people from Manchester who have done the business, the city has been connected to some awesome sporting moments over the years.

This is naturally a great source of pride for Mancunians, who are rightfully delighted at what this heritage means for the city. Of course, with sport moving on all the time, there are bound to be more happening in the future to cheer – it is worth keeping an eye on a sportsbook news site to make sure that you do not miss any big victories or dramatic wins for Manchester-related teams or sportspeople.

To get you in the right mood, here are some of the most memorable to remember and cheer about again.

We all know that the Sir Alex Ferguson years at United were a period of great success for the club. It also gave the city many great victories to celebrate – unless you support City! One of the most thrilling games that a Manchester club has even been involved with though is the 1999 Champions League final. Playing Bayern Munich, United were left trailing after an early goal and looked to be out of it. That was until manager Ferguson sent on two super-subs in Teddy Sheringham and Ole Gunnar Solskjær to snatch victory for the team at the death. This is such a brilliant sporting moment for Manchester as it was full of drama and saw a Manchester team take the top prize in their sport.

Although this moment actually relates to a longer period, it still remains a massive sporting achievement for the city. Hosting the games in 2002 allowed the city to show people what a lively, cosmopolitan place it was and saw it play host to lots of drama and record-breaking. Most notable was Wilberforce Talel smashing the men’s 10,000 metres record and Jonathan Edwards reigning supreme in the triple jump. This was a great event to host for the city and saw it show off purpose-built venues that it had constructed for the Games, such as the Aquatics Centre. Overall, it was a big success and is something to rightfully be proud of.

Darren Campbell – silver in the Olympics

As the above shows, athletics has a long and proud tradition in Manchester. Darren Campbell is certainly one of the best athletes to have come from the city, having been born in Sale. Campbell was a sprinter by trade and marked out early in his career as one to watch. This talent came to full fruition in a thrilling 200-metre race at the 2000 Sydney Olympics in Australia. Campbell ran a brilliant race to snatch the silver medal and send his hometown fans watching back home into raptures. Although many see this as the pinnacle of his career, he won a clutch of medals at Commonwealth and World Championship level all throughout his time on the track.

Although ‘The Hitman’ is technically from Stockport, he has also been regarded as a true Mancunian. After all, Stockport is close enough to be regarded by many as part of Manchester, anyway! To say that he had an amazing career in the ring is something of an understatement. Known for his superb stamina and awesome body punching, he racked up many fine victories in his time. The one that really stands out and made Manchester proud though is the 2005 bout against tough opponent Kostya Tsyzu. Tsyzu was widely seen as the best pound-for-pound fighter around at the time, but Hatton put in a fabulous performance to win. This saw him take the IBF Light Welterweight title and really announce himself on the world stage.

Cricket is a big sport in the city and Lancashire has a proud history in this arena. Lancashire had not won the County Championship for 77 years but managed to grab the crown in 2011. This was a big sporting moment for Manchester and one that many celebrated after having not lifted the championship for so long. The success seemed largely inspired by new coach Peter Moores, who had recently arrived after leaving the England team set-up.

Manchester has many sporting feats to savour

As the above shows, Manchester sportspeople and teams have had some fine victories to shout about over the years. Whether last minute, such as Manchester United winning the Champions League, or a shock, such as Ricky Hatton beating Kosta Tsyzu, they all show just what a great city Manchester is and the calibre of people who come from there.

Red Devils falter in final game of the season