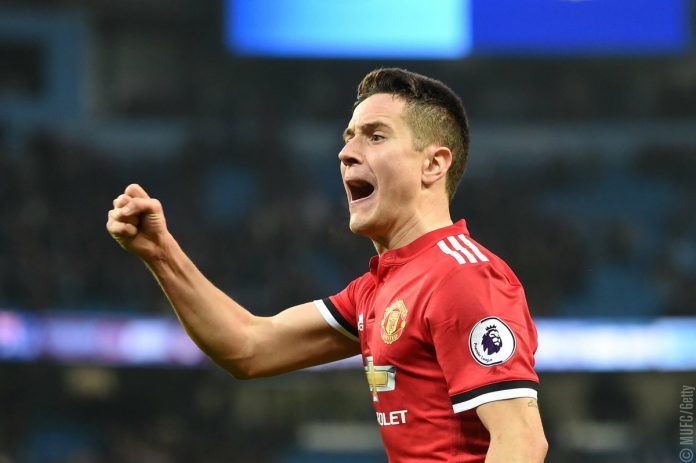 Television footage shows Herrera spitting on the large badge on the floor at the entrance to the tunnel at the end of the first half.

A spokesman for Manchester United, stated: “Ander has seen the footage of the incident and is mortified at any suggestion that his actions were deliberate. It was entirely accidental and there was no intent whatsoever.”

According to the Guardian, City believe the Spaniard spat on the crest intentionally. The Football Association may decide to review footage of the incident in the course of assessing whether to take any action against Herrera. City could make a formal complaint to the FA or the governing body may act unilaterally.