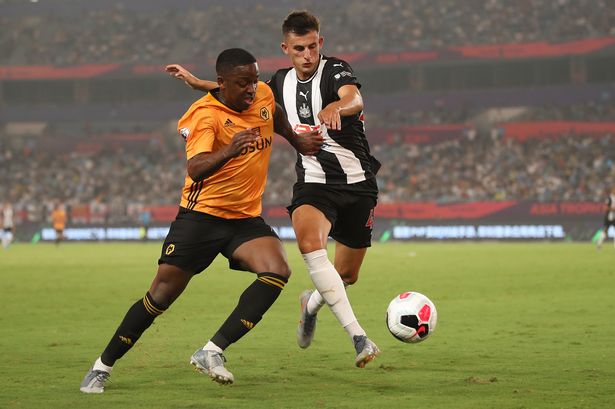 The 21-year-old has joined up with Latics ahead of Tuesday night’s Carabao Cup First Round tie at Hull City.

Watts, who hails from Alnwick in the north-east, has previous loan experience with both Stevenage and Mansfield Town, though his most substantial spell to date came at Plymouth Argyle last season, where the left-sided centre back made 50 appearances and helped the Pilgrims to secure a mid-table finish on their return to League One.

Commenting on his move to the DW Stadium, Watts said:

“I’ve met the lads and the gaffer and I’m really happy to be here. They’ve welcomed me in well which has been brilliant.

“I think what excited me when I knew Wigan were interested was the players that have come through the door and the management team as well. I thought it was a special group here and something I want to be a part of – winning games and keeping clean sheets.

“Pre-season with Newcastle has been good; I’ve played a full game and a couple of 45-minute run outs too. Physically I’m in good shape and I’m ready to go.”

Could Man City Be Set for Double League Title Delight in May?