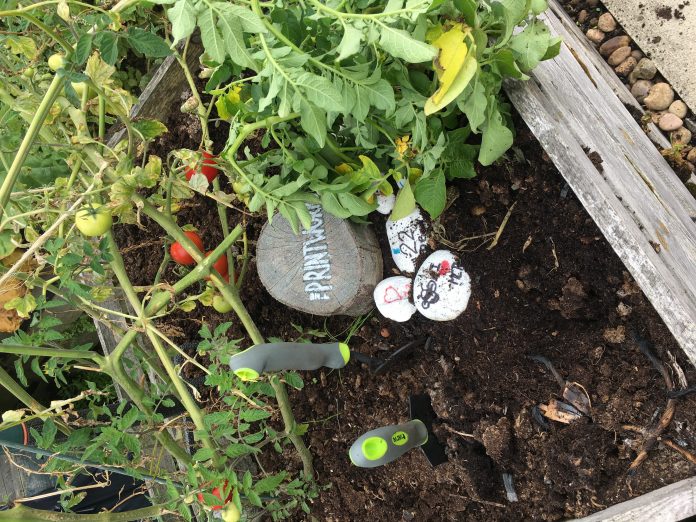 Entertainment and leisure complex The Printworks is helping the people of Manchester get their five a day this summer with the launch of a new vegetable bag scheme.

Potatoes, strawberries, peas, spring onions, rhubarb and more have been cultivated in the rooftop patch over the past few months ready to give out to the masses.

The crop, which has been lovingly picked and packed in special bags by centre director Fred Booth and his team, is ready to distribute to anyone living in the heart of the city who would like to up their vitamin intake.

The centre has 40 bags packed full of produce from the garden to give away this week. To further support local growers the bags have been pimped up with a selection of additional local produce from farms in the region thanks to family owned and operated fresh produce distributor R Noone & Son.

Those wanting to win the bags should head on over to The Printworks Facebook page (https://www.facebook.com/printworksmcr/) and get ready to tell them using only emojis why they should win! 10 winners will be chosen every day starting today – Tuesday 1 August.

Fred Booth, The Printworks Centre Director, said: “Finding fresh, locally-sourced fruit and veg isn’t always the easiest thing to do in Manchester city centre, therefore, we’re delighted with how the fruit and vegetables have turned out.”

Fred added: ”We, alongside our rooftop helpers from the Manchester Cathedral Volition team, have been taking great care to make sure the produce is of good quality and we’re confident people will really enjoy it.”

In a further act of kindness, the centre has announced all left over produce will be given to The Booths Centre to help feed the homeless.

“It is nice to be able to help feed the homeless people of the city with some fresh food, when they may find it hard to come by on their own.”

Over the past four years The Printworks’ rooftop garden has grown everything from lettuce to strawberries, beetroot to potatoes, and mint to radish, and even boasts a beetle hotel and bee-hives.

As well as housing creepy-crawlies and fauna, the project has also seen thousands of pounds raised for homeless charity The Booth Centre and community supporters Forever Manchester, through the sale of the limited edition honey from Bez’s beehives.

The project, which is also a collaboration with the Hard Rock Cafe, has so far seen two yields of honey with labels designed by the artist ‘Mancsy’, with some going for as much as £75 to keen collectors and over £1,000 donated to both The Booth Centre and Forever Manchester.

0.27 per cent of people infected with Covid-19 in past two weeks