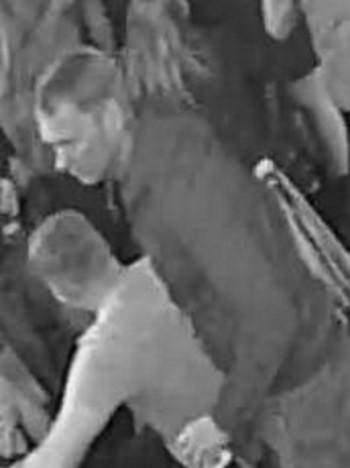 The attack happened shortly after 12.00am on Saturday 1 July at police at  the Overdraught pub on Blackburn Street.

The offender approached the victim whilst he was walking to the bar and punched him.
He then bit the victim’s left ear before leaving the pub.

The victim, who is in his 40s, needed hospital treatment and has since required plastic surgery.

An investigation was launched and police have now released an image of a man they want to speak to in connection with the attack.

Detective Constable Lucy Bamber, of GMP’s Bury borough, said: “It is a month since this brutal attack which was completely unprovoked and left an innocent man needing surgery.

“We have carried out extensive enquiries but we need the public’s help in finding the man responsible for this.

“We have now released an image of a man we are particularly keen to speak to or anyone who recognises him.

“I would also urge anyone who was in or around the pub at the time of the attack to come forward. Any information could be vital in solving this investigation.”

Woman left with serious injuries after car being chased by police collides with her...