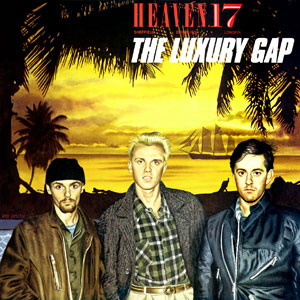 To celebrate the 35th anniversary of their acclaimed album ‘The Luxury Gap’, Heaven 17 will be touring the UK later year including a show at Manchester’s O2 Ritz.

Heaven 17’s The Luxury Gap was the moment when everything just clicked into place to overwhelming effect. It came after the critically acclaimed Penthouse and Pavement in 1981 and is an undoubtable pop masterpiece.

The Sheffield trio convinced their sceptical record company that ‘Temptation’ had to be the next single. A duet between Glenn Gregory and Carol Kenyon, this song of lust, brilliantly framed by a musical structure stormed the charts and remains a momentous classic to this day. The album itself went to reach number 4 and cemented Heaven 17 as one of the most important British post-punk bands.

“All of us at H17 HQ are thrilled to announce our forthcoming tour. Our 35th anniversary celebration of The Luxury Gap will be spectacular, and the themes of the songs are more relevant than ever before. Don’t miss it!”

The Band will be covering ten dates this winter performing their masterpiece in full along with some of their classic tracks.

The truth of Worsley Man is uncovered in a CSI investigation