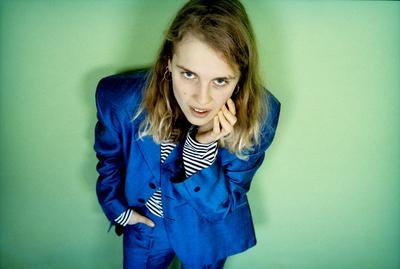 The UK headline tour for Marika Hackman in November 2017 has been including a very special show at Manchester Gorilla on Thursday 16th November.

Marika Hackman’s freshly released, raucous new album, ‘I’m Not Your Man’ (AMF Records and Sub Pop (US)) is sure to erase any falsehood of Marika as some fey folkie. Marika 2:0 is uncompromising, uninhibited, and shamelessly free. ‘I’m Not Your Man’ is not afraid to call out the big questions around femininity, sexual identity, millennial ennui, the pressures of living in a social media bubble and the perils of being young in a fast-paced world. ‘I’m Not Your Man’ features BBC 6 Music A-listed singles, Boyfriend and My Lover Cindy.

Following her recent sold-out UK tour, which included a memorable sold out show at London Heaven, Marika has announced a fresh run of dates including Shepherd’s Bush Empire on the 23rd November.

Marika will be joined by her newly formed band whose tumultuous live performance captures, and builds on, the energy of the record. Marika will be playing a co-headline US tour with The Big Moon this summer.

Mattie Vant returns to touring with shows in Manchester

The Eagles are landing in Manchester next summer