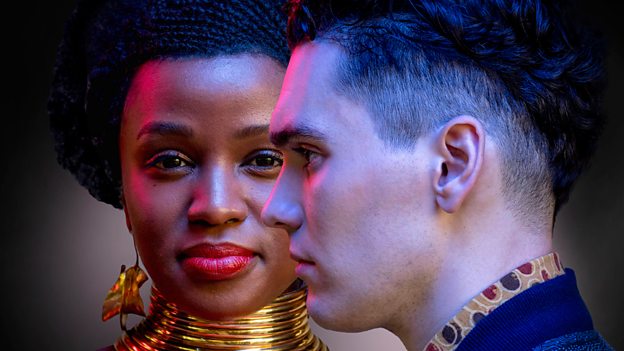 The much anticipated adaptation of book one of Malorie Blackman’s award-winning young adult series Noughts & Crosses starts Thursday 5 March on BBC One.

Over 700 years ago the Aprican Empire invaded Europe. Aprica colonised the continent and reached as far as Albion. Albion has been under Aprican rule ever since.

Noughts + Crosses follows two young people, Sephy and Callum, who are divided by their colour but united by love. Sephy is a Cross, a member of the black ruling class and daughter of a prominent politician. Callum is a Nought, a white member of the underclass. The two have been friends since early childhood, but their relationship grows ever more complicated as they come of age. It’s the story of two families separated by power and prejudice but forever entwined by fate.

Executive producer Preethi Mavahalli explains: “Noughts + Crosses is an adaptation of Malorie’s much-loved book series which tells the story of forbidden love between Callum and Sephy. Set in an alternative world in which Europe has been colonised by Africa, it’s a dangerous romance tackling prejudice and ignorance.

“We’ve taken the first novel of the book series and aged up the central characters by a few years, so they are forced to make decisions about their future on the threshold of adulthood, in a world which denies them the freedom to follow their hearts.

“Series one sets up this world and the two warring families at the centre of the story, and covers much of the action of the first novel. With four more books published and one more to come, there is plenty of scope for this series to return again and again and explore this unique and distinctive alternate universe.”

Preethi describes how the world of Noughts + Crosses was achieved: “In order to create a world that has never been seen before we had a hugely talented and diverse team both in front of and behind the camera. Executive Producer Kibwe Tavares was at the helm and steered those initial creative decisions in terms of world-building on screen. Shooting the show in South Africa added a whole new dimension to the design of the world: why shoot in London when every aspect of the city is different in the show in the flipped version of the country known as Albion?

“Language, music, lighting, costume and make-up were all used to represent this flipped world, be it ideals of beauty, the dominance of African cultural norms, or even the gestures people use to greet each other.

“This show does not aim to define any single experience. It borrows from history across the world, be it South African apartheid, British imperialism or the US civil rights movement. The universal message is that all types of prejudice are wrong. Malorie’s ambition in writing the novels was to allow people to walk in the shoes of others.”

The adaptation is based on the first book in the Noughts & Crosses series for young adults, which has won the Red House Children’s Book Award and the Fantastic Fiction Award among other accolades. The author, Malorie Blackman OBE, was the Children’s Laureate from 2013 to 2015.