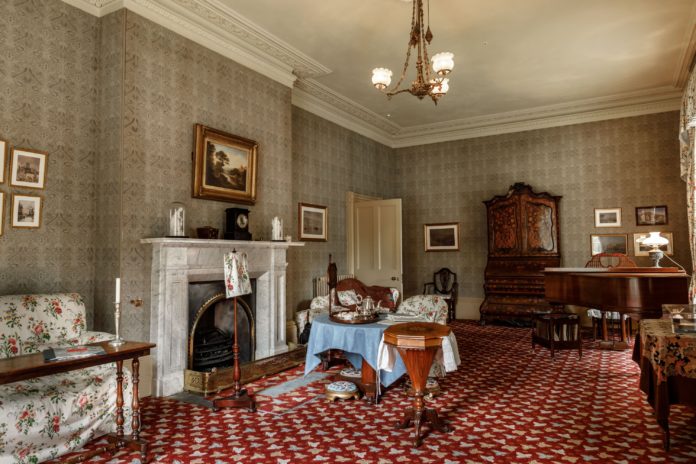 Elizabeth Gaskell’s House is about to embark on a new chapter, as it launches a campaign to re-create Elizabeth’s bedroom as it would have been when the property was her much-loved home. To make this vision a reality, the staff and volunteers at Elizabeth Gaskell’s House are seeking the support of individuals and organisations to help purchase items and donate original Victorian objects.

Currently visitors to Elizabeth Gaskell’s House are warmly invited to discover the world and influences of one of the most important and popular writers of Victorian times. The Grade II* listed property in Manchester is where you can see how Elizabeth lived, where she wrote some of her most famous novels, where she entertained guests, including Charlotte Bronte and Charles Dickens, and the gardens she cherished. However, her former bedroom has been left unrestored since the House was opened to the public as a visitor attraction in 2014; until now.

Manchester Historic Building Trust, which cares for the house, has launched an appeal to try and gather the funds needed to transform this empty room back to its original purpose. From detailed research, volunteers have produced a list of individual items, so that people have the option of selecting a particular object to fund. This includes everything from a curtained bed and wardrobe, to finishing details like lamps, chamber sticks and bedroom textiles that would befitting a room in a middle-class Victorian house. The existing fireplace was removed, so a replacement is being installed, and it is believed there was once a chaise longue and hip bath in the room. It is also hoped that people, and other heritage organisations, might have original Victorian artefacts that they might donate, or loan to Elizabeth Gaskell’s House.

The project has already attracted the support of the Little Greene Paint Company, which will be supplying the wallpaper and paint. Nostalgia in Stockport has also kindly sponsored the stone fireplace.

“The house was in a terrible state when the Trust took over the care of it in 2004 and there are no existing records detailing how this room would have looked, so we have a blank canvas. What we hope to achieve is a reimagination of the room and a fitting legacy to Elizabeth. Elizabeth’s own writing has been a rich starting point for our research, in that she had the ability to illuminate Victorian society and domesticity in a way quite unlike any other writer of her time. We also have our finger’s crossed that some of the original pieces of furniture that were auctioned off during the house sale in 1913 might find their way back home through our appeal.”

The Regency-style property, built between 1835 and 1841, was home to the Gaskell family from 1850 until 1913. It was a home regularly used for entertaining, just as it is today, with weddings and celebrations now an important part of the way in which the House functions. Once completed, Elizabeth’s bedroom will become a part of the visitor experience and will also be made available for wedding couples to get ready before they take their vows, with both the Study and Drawing Room used for wedding services.

For further information on how to make a donation to the project to support the re-creation of Elizabeth’s bedroom visit www.givey.com/manchesterhistoricbuildingstrust

The False Black Widow spider that could end up in Manchester

A stronger tier system as lockdown to end on 2nd December.