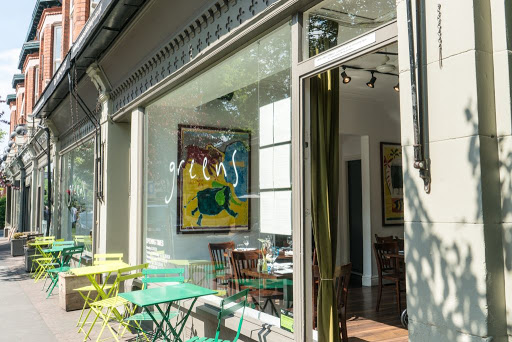 It’s a funny old world in which we live right now and I have been thinking about what I will actually be able to write about with all the restaurants and theatres being sort of, but not exactly, off limits for now.

I have really struggled with this as I want to support local businesses to make sure that they are still there for us after this crisis is over but also conscious that, as a good citizen, I need to be following the advice so that we can collectively flatten that curve.

I very rarely go on Twitter but a string of Tweets from Simon Rimmer, the restaurateur, caught my attention earlier this week. We will all have had various contacts from different restaurants but his heartfelt Tweets made me realise that I simply had no idea of the number of people that were employed in his restaurants who will now be impacted. I was feeling quite deflated about it all but then, as a brilliant example of necessity being the mother of invention, I saw his next Tweet announcing that Greens in Didsbury was going to be launching a takeaway menu. To say that I was a bit giddy is an understatement and I decided to try it at lunch on their first day. In fact, I think I was their very first takeaway order ever – how cool is that!

I ordered a selection of starters, a main and a side, concentrating on the dishes I have had in the restaurant so that I could do a compare and contrast. The comparison was really rather favourable. I started with the veggie black pudding, which was deliciously crisp on the outside, and the mustard mayo was just how I like it – creamy but delicate. The halloumi buffalo wings in a hot sauce and a celery salad on the side were tangy with the right amount of squeak from the cheese.

For the main, I had the soba noodle salad with a side of roasted beetroot and kale – one of my favourite dishes on the menu. I tried it all straight out of the carton after I collected it from the restaurant and it was all hot, fresh and light, but, for me, the real test of a takeaway is if it passes “the breakfast test”. I wasn’t going to leave it that long so tucked in for my tea and it was amazingly light and packed full of flavour.

Greens have asked for our patience while they learn but, all they have done is simply turn their fantastic customer service and innovative veggie food into a great takeaway option. Who knows how long all of this social distancing will go on for but, fingers crossed, our fabulous local restaurants will have survived. For those of you who remember my last review on Greens, I had a bit of a whinge about their tap in the ladies loo – all of that now just seems so insignificant when we are all facing the unintended consequences of Covid-19.

Blues Kitchen to launch in Manchester City Centre next year