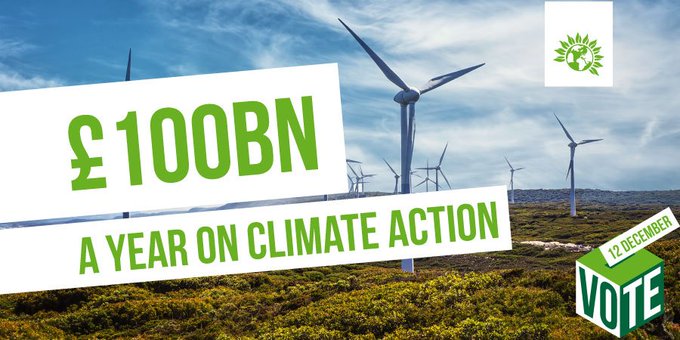 The Green Party has launched its election campaign with a pledge to spend one hundred billion pounds a year into climate action over the next decade as they proclaimed the election as being a Climate Election.

“Greens don’t fear the future. We welcome the future. Because we know that we stand at the threshold of what could be the most exciting and prosperous period of British history!”

Pledging to make the country Carbon neutral by 2030, she said that the Greens would hike corporation tax by 5% which will be used to build 100,000 energy-efficient homes a year and upgrade national transport infrastructure.