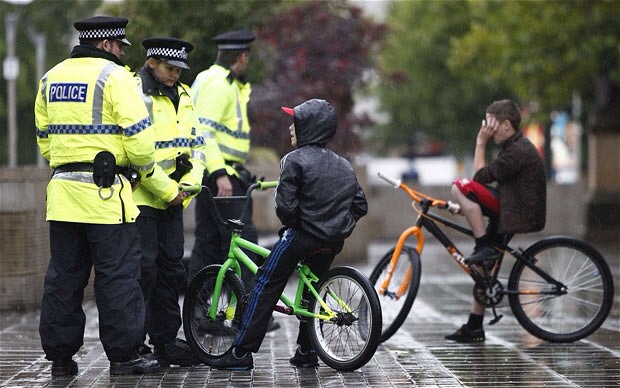 New powers for the police which will have include extending a pilot scheme allowing them to stop and search someone when they believe a crime may, rather than will, are part of measures being used brought in as part of Government efforts to crack down on violent crime.

The Home Office is making it simpler for all forces in England and Wales to use Section 60 of the Criminal Justice and Public Order Act, which empowers officers to stop and search anyone in a designated area without needing reasonable grounds for suspicion if serious violence is anticipated.

Greater Manchester has already been trialling the scheme since March this year as one of seven areas where more than 60% of knife crime occurs along with London, the West Midlands, Merseyside, South Yorkshire, West Yorkshire and South Wales

The nationwide pilot has been extended from a smaller pilot within the seven forces worst affected by knife crime, following an urgent review commissioned by the Prime Minister.

The Government has also announced plans to shortly publish draft guidance on measures in the Offensive Weapons Act that relate to the sale and delivery of corrosive products and knives, and Knife Crime Prevention Orders (KCPOs).

This will pave the way for new criminal offences that will help to stop knives and dangerous acids making their way onto the streets, including preventing delivery to under 18s of knives bought online and making it illegal to sell and deliver corrosive products to under 18s.

The measures form part of the new Prime Minister’s pledge to stamp down on crime.Writing on the Mail on Sunday, Mr Johnson also said that 10,000 new prison places will be created by building new jails and expanding existing ones, at a cost of up to £2.5b.

“History has taught the Tories nothing. Extending Section 60 powers over the Summer is a tried and tested recipe for unrest, not violence reduction.

“This draconian approach shows that Boris Johnson’s government has no real plans to invest in policing or a public health approach to tackling violent crime. They have opted to ‘appear tough’ instead of dealing with the root causes of crime.

“Evidence based stop and search will always be a vital tool in preventing crime. But random stops have only poisoned police community relations.”