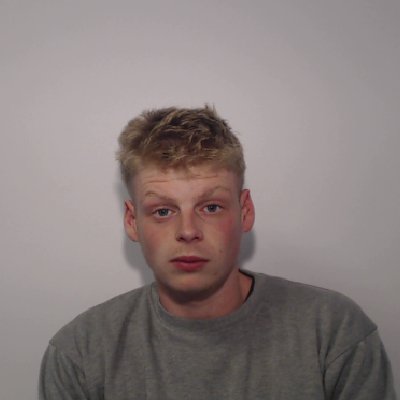 A man who fled to Spain after committing two robberies in Tyldesley has been jailed for ten years and eight months.

Jonathan Ogden 28, of Grasmere Street, Leigh, was jailed at Bolton Crown Court after being found guilty of burglary, aggravated vehicle taking and two counts of robbery.

The court heard that on the 9th April this year,Ogden broke into a property on Commonacre Close, in the early hours of the morning,,along with two other men wearing balaclavas – and threatened a man and a woman inside with a machete.

The trio demanded the keys to the Mercedes SLK and Ford Transit van that were outside. The keys were handed over and Ogden left in the van, while his accomplices took the Mercedes.

He then drove from one crime scene to his next. After inadvertently skidding onto a lawn on Northfold Close, he began revving the van in an attempt to drive it off the grass but couldn’t move the vehicle.

As a result of the commotion outside, the occupants of the house woke up and one of them came to the door to see what was happening. Spotting the man watching him, Ogden got out of the van and ran towards the door of the house, demanding to be let in.

After the man and woman who were inside ignored his angry rant, Ogden smashed the front bay window with his machete and climbed into the address.

Fearing for their safety, the occupants ran upstairs and barricaded themselves in a bedroom. Unfortunately Ogden was able to hack a hole in the bedroom door with the machete and demand the keys to the Nissan Qashqai that was on the drive way.

After being handed the keys, Ogden left the address a short time later.

Detectives from GMP’s Wigan District were able to use forensic evidence to link Ogden to the robberies, along with a burglary at a business on Lord Street in Leigh on 15 December lasy year and an aggravated vehicle taking that took place on Chapel Street in Leigh on 20 December 2018.

Knowing that he was wanted in connection with the incidents, Ogden continued to attempt to evade police, even fleeing to Spain briefly to avoid arrest. Upon returning to the country in July , he was arrested and charged.

Detective Constable Brian Johnston, of GMP’s Wigan District, said: “Jonathan Ogden is a violent man, whose crime spree has now been brought to an end.

“He left each person he came across during his offences absolutely terrified as he threatened them with harm. One incident – which saw him smash his way into a house before hacking at a bedroom door with a machete in an effort to steal a car – was particularly shocking and clearly highlights his violent nature.

“Thankfully his victims will no longer need to worry that Ogden is still roaming the streets, free to inflict misery on the public.”