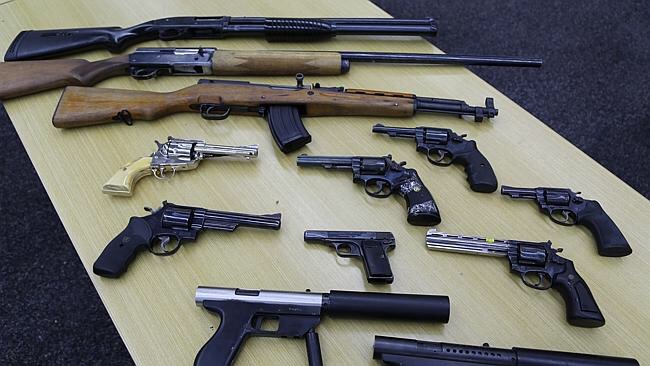 Officers at Greater Manchester Police are asking people to surrender their firearms over a two-week long campaign, which can be done anonymously.

The National Firearm Surrender campaign will take place between Saturday 20 July and Sunday 4 August 2019 and is running across all forces with the aim of reducing violent crime.

Firearms legislation is regularly updated and GMP is asking people to surrender unlawfully held or unwanted guns and ammunition to help avoid them getting into the wrong hands.

This surrender is not just targeting those involved in criminal behaviour it’s also aimed at collectors, licence holders and anyone who has inherited a firearm. Many firearms may be held in innocence and ignorance of their illegality or may be forgotten in people’s homes.

We also want to highlight that stun guns and similar devices, in particular front venting blank firers,  are illegal in the UK and if you have ordered any illegal guns or component parts using internet sites, this is your opportunity to hand them in before we find them.

Illegal possession of a firearm can result in a sentence of up to five years in prison and if you are found guilty of possession with intent to supply this can increase to life in prison.

There has been an increase in the theft of legitimately held firearms over the past year, and anyone who has a gun in their house is at risk of becoming a victim of gun theft.

These stolen guns are then used in illegal activity and assist criminals with their corrupt behaviour. This year alone has seen 31 confirmed discharges from firearms. Do your part and get shot of the gun by handing it in at the front desk of any of the 12 police stations across Greater Manchester.

Chief Superintendent Tony Creely said: “Gun crime in the UK remains one of the lowest in the world, however we are not complacent about this type of crime, which is why we are conducting the firearms surrender now.

“If you have a firearm in your house that you have inherited, have found, or are keeping for someone else, this is your opportunity to hand it into us, to free yourself of the burden. Burglaries involving firearms have increased so don’t let yours fall into the wrong hands.

“Firearms and ammunition can be surrendered at any GMP station without any questions being asked. Please check opening times by visiting your local force website. If you know of people involved in illegal firearms activity please call 101 or Crimestoppers on 0800 555 111.”

Indian summer ends with a bang