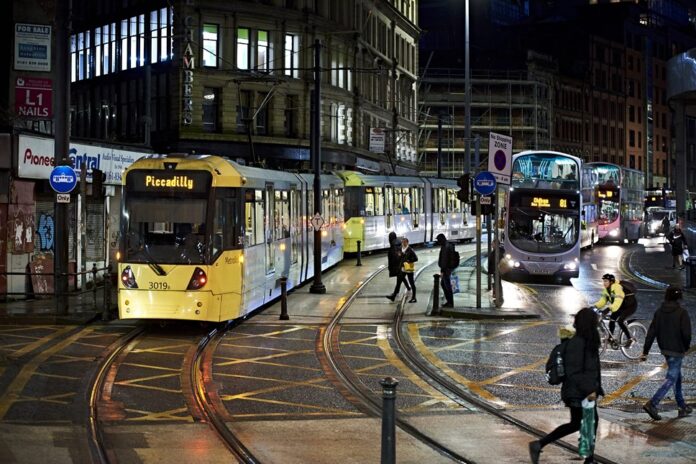 Greater Manchester leaders will meet later this month to consider a major milestone in its plans for an integrated transport system; the introduction of bus franchising across the city-region.

Currently in Greater Manchester, individual bus companies decide the routes, fares, timetables and standards. There is no coordination and limited oversight. Since 1986, bus patronage fell by 45% from 350m to 194m in 2018 and the bus network has continued to shrink.

There are more than 150 different types of bus ticket; and a single bus ticket can cost £4 (compared to £1.55 in London) and often does not allow passengers to transfer between buses or other types of transport. Where bus companies decide not to run services and where necessary, the public sector pays to fill the gaps.

Franchising means bus services – including routes, frequencies, fares and standards – would be brought under local control. GMCA would coordinate the bus network based on what passengers need and would also coordinate investment. The bus operators would be commissioned by GMCA to run the services.  It would also allow GMCA to integrate buses with the rest of transport network.

Sir Richard Leese, Deputy Mayor of GMCA, said: “Buses are central to our public transport network, with three out of four journeys made by bus, but it has been clear for a long time that our buses could be better. We have now held consultation over two periods on a proposed franchising scheme and have asked for people’s views on the proposals in light of the Covid-19 pandemic. In both consultation periods, there were high levels of support for franchising and the benefits it would bring for the future of Greater Manchester’s buses.

“People, businesses and other organisations have overwhelmingly told us that they want change. They want buses that are easier to use, with services that connect to each other and other forms of public transport. They want simpler fares and tickets and they can also see the wider benefits of franchising for the city-region and our recovery from the Covid-19 pandemic.

“Greater Manchester has always been a trailblazing city-region; we’ve led the way in computing, music and engineering and now we could be the first city-region outside London to have our own fully franchised and locally accountable bus network.

“However, if franchising was to proceed, it would be a complex and long process – as the current bus network has been broken for over 30 years, it wouldn’t be fixed overnight. But it would deliver benefits over the longer term.

“It’s important to note no decision has been made at this stage. GMCA needs to consider the outcome of the consultation and decide if it wants to make the recommendation to the Mayor. Then the decision would be for the Mayor of Greater Manchester to make at a later date.”

A GMCA report on bus franchising, alongside a suite of supporting documents, finds that franchising remains the best opportunity to achieve GMCA’s objectives for an integrated network, with simpler fares and tickets, a better customer experience and overall value for money, despite the potential impact of Covid-19.

The report concludes that making a decision on franchising now is appropriate and would enable GMCA to support the long-term recovery of the bus market and the wider society and economy of Greater Manchester.

The report and a suite of supporting documents will first be considered by the Housing, Planning and Environment Overview and Scrutiny Committee on Friday 19 March, and then GMCA at a special meeting on Tuesday 23 March, where leaders will be asked to consider and decide whether to recommend the franchising scheme to the Mayor. The Mayor will then decide whether or not to proceed with the scheme at a later date, no earlier than 25 March.