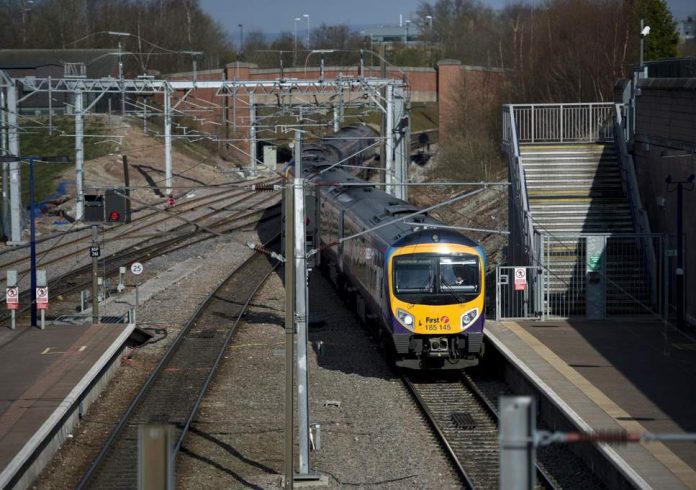 NORTHERN Powerhouse Rail could transform access to Manchester, bolstering the local economy. City leaders and northern partners have welcomed the move to bring fast and frequent rail services to the region – and the opportunities for businesses and residents.

Transport for the North is preparing outline plans for Northern Powerhouse Rail, expected to be agreed by partners from the North of England before submission to Government in December.

Manchester will be on a network, with Northern Powerhouse Rail, which will operate with greater capacity and at significantly higher speeds than those available today. It will feature a new, much faster route to Leeds via Bradford as well as vastly improved connections to Sheffield, Liverpool and Manchester Airport.

Research commissioned by Transport for the North has demonstrated the power of Northern Powerhouse Rail to connect people, jobs and businesses. It shows that the programme could bring nearly 70,000 extra businesses and over a million more people (1.2m) within 90 minutes travel time of the city centre.

The statistics give an early indication of the scope of the major rail project, which will provide fast, frequent and reliable rail links between the North’s six major city regions. With continued research and analysis, Transport for the North is creating clear, fully-costed proposals for the multi-billion pound scheme.

“Manchester is a bold city, proud of its industrial past and always pushing the boundaries. It’s just been named the UK’s most liveable city, with significant numbers of people migrating north to make Manchester their home. But to continue to grow, it needs better, faster and more seamless rail connections to the rest of the North.

“With Northern Powerhouse Rail, we can transform rail travel for Manchester at a scale witnessed only once in a lifetime. It’s an opportunity to deliver a world-class railway for the North, bringing with it massive opportunities for Greater Manchester’s future.

“Improved transport links to and from Manchester and Greater Manchester are critical to our future growth, supporting new jobs and increased opportunities. If the North, and indeed the UK as a whole, are to reach their full potential we need a radical improvement in rail capacity and speeds and both Northern Powerhouse Rail and HS2 are vital long-term investments.

“Manchester would be at the heart of this integrated network. Northern Powerhouse Rail is a once in a generation opportunity which must not be wasted.”

“For too long the north has had to cope with second rate rail services and a lack of fast and frequent connectivity between our towns and cities. Northern Powerhouse Rail has the potential to change all that.

“A high speed rail network across the North, with Greater Manchester at the centre, will connect people, jobs and businesses to our city-region. It will also transform access to Manchester Airport – making it one the best connected airports anywhere in Europe. The Government must now fulfil its promises to the north and ensure Northern Powerhouse Rail is prioritised for investment.”

Northern Powerhouse Rail is intended to help rebalance the economy, giving millions the chance of business and career opportunities that the existing rail infrastructure cannot deliver. It will feature new and planned rail lines, as well as major upgrades to existing routes, supporting the creation of more than 850,000 jobs in the North of England by 2050 and an extra £100 billion into the economy.

“We’re joining the dots in the North like never before and Manchester is a critical component of the emerging picture for Northern Powerhouse Rail.

“Taking a whole-network approach is just what the North needs. Northern Powerhouse Rail won’t just benefit one location but will link our major towns and cities and help the North compete on a world stage.

“This will provide tangible differences to businesses and people in Manchester. Not only will residents be able to take advantage of opportunities further afield, businesses will be able to draw on a wider pool of talent and reach neighbouring economic centres quicker. We need those businesses to get behind this vision.”

Working with the Department for Transport, Transport for the North intends to submit the Strategic Outline Business Case to the Secretary of State in December. Subject to further design and business case approval, construction could then begin in 2024.