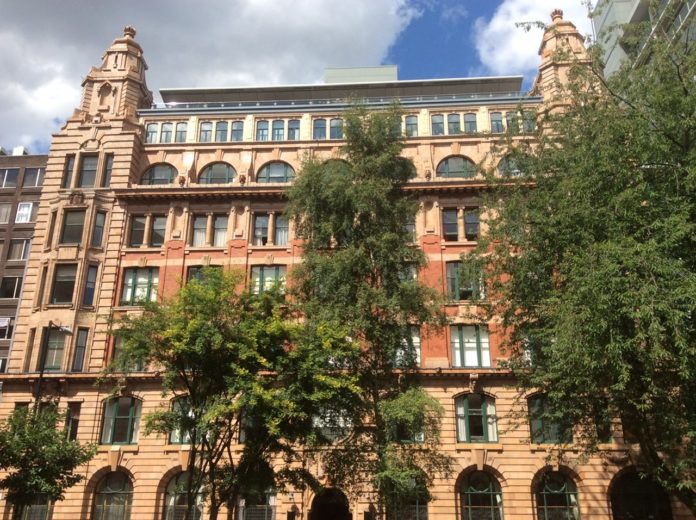 Plans to revitalise the area around St Mary’s Parsonage in Manchester City Centre are to be discussed by the council.

The plans, say the proposal seek to refocus the priorities of the area in order to establish St Mary’s Parsonage as a clearly definable and cohesive city centre neighbourhood and includes the demolition of Albert Bridge House

The plans cover the area bounded by the the House of Fraser building, King Street West, North Parade and Albert Bridge and suggest that the land could be opened up to include a frontage onto the River Irwell which is currently blocked off.

St Mary’s Parsonage was historically the location of St Mary’s Parish Church, which was demolished in 1891. Following this period, as the residential population moved out of the city centre, residential dwellings were demolished to make way for grand Edwardian office buildings.

Further redevelopment was undertaken after the Second World War, which saw piecemeal development, including Albert Bridge House and new highways.

At the centre of any new development lies Parsonage Gardens which the report says are to some extent an underutilised hidden gem, despite providing an attractive and important city centre green space.

The park is surrounded by several key heritage buildings, including Century Building and Arkwright House. The environment at the periphery of the gardens contributes to the lack of activity within the space.

Despite its proximity to some of the city’s most successful neighbourhoods, there is a lack of permeability to the area, says the report.

Albert Bridge House is one of the neighbourhood’s most prominent tall buildings and sits at a gateway into the city centre.

Having been constructed in the early 1950’s the building is outdated and does not meet the requirements of today’s occupiers. The current occupier, is expected to relocate and vacate the site between spring 2021 and summer 2022.