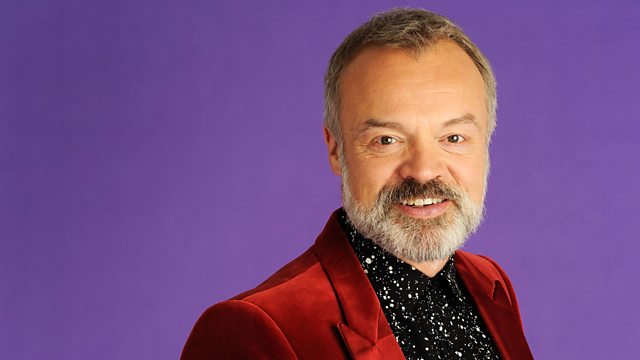 This year, Manchester Literature Festival is delighted to welcome two of the UK’s funniest and most outrageous broadcasters, Susan Calman and Graham Norton, who will be discussing their new books.

The winner of eight BAFTA awards, Graham Norton is, without a doubt, one of Britain’s most successful broadcasters. He currently hosts his own popular chat show on BBC1 and radio show on BBC Radio 2 as well as hosting the UK’s Eurovision coverage. He is also an acclaimed novelist, whose debut Holding won the Irish Independent Popular Fiction Award at the Bord Gàis Irish Book Awards 2016. His new novel A Keeper, set on the coast of Ireland, is an equally compelling tale of family secrets and ill-fated loves. Will Elizabeth Keane finally solve the mystery of her father or does the thin pile of ribbon-bound letters at the back of her mother’s wardrobe just lead to more wounds?

Graham will be discussing his diverse career alongside his love of stories in conversation with host Alex Clark.

Tickets are £25 including a signed copy of A Keeper. Books available for collection from the Waterstone’s bookstall at the event.

Comedian, broadcaster and writer Susan Calman drew tears and laughter from the 2016 Manchester Literature Festival audience when she discussed her debut memoir Cheer Up Love, a searingly honest account of her own experiences that aimed to help people understand depression and mental health issues.

After dancing her way across our screens on Strictly Come Dancing and winning the ‘Glitterball’ on the Strictly Live tour, Susan is dancing for joy on a mission to get the nation to join her in defeating fear and negativity. She will be talking about her forthcoming book, Dancing For Joy as she continues her quest to persuade us to embrace kindness, joy and community.

The flame still burns: the creative power of coal