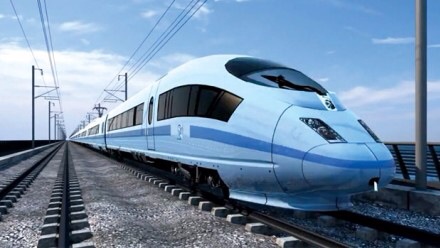 The Government is commit to investing in a new Northern Rail Link, connecting Manchester to Liverpool and Leeds via High Speed Tunnels under the Pennines

The Prime Minister and Chancellor today gave their backing to develop HS3, a high speed rail link connecting the north’s great cities which could significantly reduce journey times across the region.

The report published by HS2 Chairman Sir David Higgins sets out proposals for how to maximise the benefits of HS2 in the north and how transport links can be improved in the north of England more widely.

Sir David identifies the vital importance of improving east west connectivity across the north and considers the central role a high speed rail link could play.

He concludes that with a high speed link the journey time between Leeds and Manchester could be cut from around 55 to between 26 and 34 minutes.

This body will work together with other authorities and stakeholders and allow the north to speak with one voice on the big decisions to benefit the region as a whole.

The report from Sir David Higgins also gives strong backing to the case for Phase Two of HS2 and sets out proposals to maximise its benefits. His proposals include bringing forward plans for a hub station at Crewe to 2027 and a fundamental review of the right solution for Leeds station to allow connections between HS2, existing rail services and improved east west connections.

Higgins said he believed the option of a Manchester airport station should be developed, although no decision will be taken on the proposed Heathrow spur on the London-Birmingham HS2 link until after the airports commission makes its recommendation for a new runway.

The government will set out its detailed plans for Phase Two in 2015.

Melissa’s story of why she wanted to become a nurse