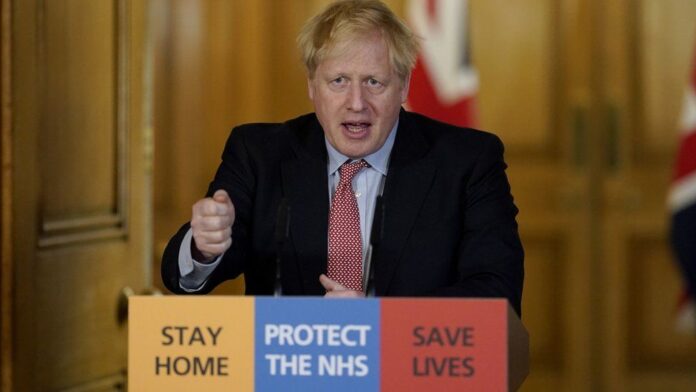 The accusation by The People’s Covid Inquiry, which was set up by the campaigning group Keep Our NHS Public and which took evidence in a series of public evidence sessions earlier this year,  published its final report (pdf).

It conclusions is that the pandemic involved “serious governance failures” by the UK government that “contributed to tens of thousands of avoidable deaths and suffering” and that this amounts to misconduct in public office.

It said the government had failed to act to protect key populations at increased risk, and recommendations from previous pandemic planning exercises had been ignored.

Chairman, Michael Mansfield QC, said there had been “dismal failure in the face of manifestly obvious risks”.

The report said that that one of the Government’s major mistakes was not acting quickly enough. They were not ‘engaged’ and they appeared to have no understanding of the risks the country faced.

There was particular criticism of the Prime Minister, Boris Johnson, especially what was perceived as his cavalier attitude, boasting about shaking hands with Covid patients, and the fact that he didn’t attend the first 5 COBRA meetings.His attention seemed to be ‘elsewhere’:

They, say the report, failed to establish a functioning FTTIS or to close the borders as other countries had done. They knew in February 2020 that there was a likely 80% infection rate and a 1% mortality for Covid and by the start of March 2020 it was clear that cases were doubling every 3-4 days, but the UK only locked down on the 23 March 2020.

The lack of essential resources was a recurrent theme throughout the inquiry. Stocks of personal protective equipment (PPE) were already ‘massively run down’ before the pandemic, and the Government did not take advantage of a short grace period to obtain more before the pandemic arrived in the UK. On the contrary itshipped quantities of PPE to China in February 2020

“there was no consistent, comprehensive and coordinated plan of public health strategy. What leapt off the press conference page was the dilatory initial response; the absence of any effective track and trace system; the sheer waste of taxpayers’ money ploughed into the pockets of private cronies; the contradictory messaging; the abject failure to provide PPE; the albatross of Nightingale hospitals; the lack of trained staff; the failure to utilise NHS primary care facilities; the misrepresentations about care home ringed protection; the parlous state of the NHS in the first place. Above all is the utter distrust of the public and the disrespect for the frontline workers, who, once the claps and saucepan fanfares had abated, were offered a 1%, below-inflation, pay rise for their life-endangered troubles.”