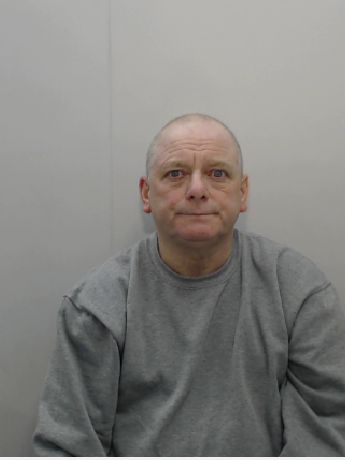 A Castleton man who brutally stabbed his wife to death has been jailed for life.

David Pawluk aged 59 of Alexander Street was sentenced to life in prison, to serve a minimum of 16 years and eight months, at Manchester Crown Court today after pleading guilty to murdering Margaret Howlett.

Pawluk met Margaret due to being a regular at the bookmakers where she worked.

The pair developed a relationship and married in mid-2017, with plans to sell Margaret’s home on Alexander Street, Rochdale, and buy a bungalow together.

Pawluk worked as a taxi driver, and a regular customer told police that he had begun to pick her up smelling of alcohol, and mentioned that he and his wife had been arguing.

In Marchthis year, Margaret confided in a friend that she no longer loved Pawluk and that of the £24,000 she had in savings when she met him, she now only had £4,000 left.

In the days before the murder, a fellow worker at the betting shop noted that Pawluk had lost hundreds of pounds on bets.

Pawluk also texted a friend saying he was outside a solicitor as he needed a divorce, but that he was not named on the deeds of the house they lived in on Alexander Street, Rochdale.

On 10 April , a witness heard Pawluk shouting at Margaret inside the house, calling her a liar. The witness said it sounded like ‘he was going to kill her’.

The next day, Pawluk texted his regular taxi customer to say that he wasn’t going to be able to pick her up, but offered no explanation why.

A co-worker at the betting shop noticed while passing by that the shop was shut. The co-worker text Pawluk as Margaret was due to open the shop, but received no reply.

On the morning of 12 April, Pawluk handed himself in at Rochdale Police Station and said he’d stabbed his wife in the kitchen during a dispute over a mortgage and gambling debt.

Officers attended the address and found the body of Margaret with multiple stab wounds to the neck.

“What began as a happy marriage quickly deteriorated. The couple argued over his gambling problems and ownership of the marital home.

“When the marriage began to break down, Pawluk seemed more concerned with what money and property he might be left with, rather than the state of their relationship.

“In the short time they were together, it is clear that Pawluk was very controlling. His behaviour escalated and resulted in tragic consequences.

“Margaret was loved by many friends, family and colleagues. While nothing can ever replace her, we hope today’s sentence offers some closure to those who knew her.”