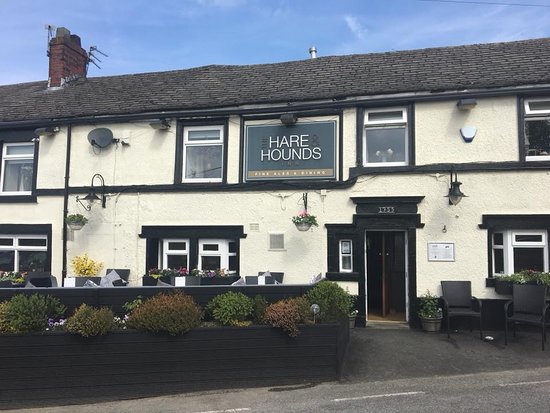 Police are appealing for information after shots were fired outside a pub in Ashton-under-Lyne last night.

Three men were stood outside the Hare and Hounds pub on Kings Road around 8.30 when a blue Audi pulled up outside the pub and a man holding what is described as a handgun got out of the passenger side.

He fired a shot towards the group, which entered the pub through a window.

One man ran in the pub and the other two fled.

The gunman pursued the fleeing men and further shots were fired at the junction of Rowley Street and Kings Road.

The offender then got back in the vehicle, which was being driven by a second offender, before it drove off in the direction of Rowley Street.

There were no reports of injuries.

A scene remains in place outside the pub while further enquiries are carried out.

Inspector Zoe MacDonald of GMP’s Tameside District said: “This was a shocking incident and it’s only by sheer good fortune that no-one was injured.

“We are treating this as a targeted attack and we do not believe there is any threat to the wider community.

“We are keen to speak to anyone who has information that can assist our enquiries.

“This incident happened on a busy road and we’re confident that drivers in the area may have captured dash-cam footage of the incident taking place, or of the Audi shortly before or after the incident.

“If you were in the area at the time, I’d ask that you review your footage and contact the police if you can help.”