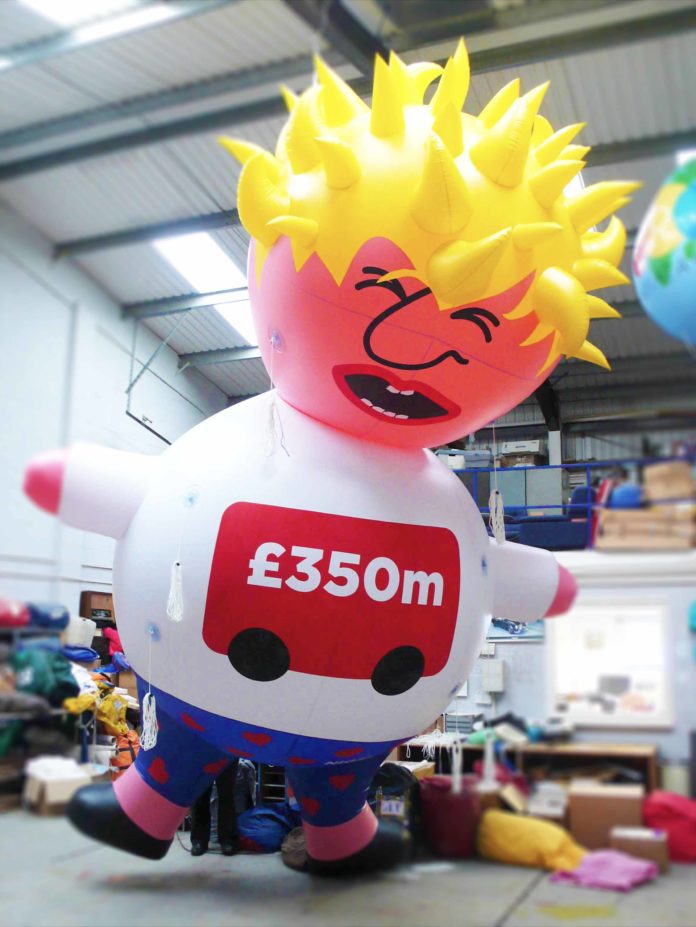 Boris Johnson’s Brexit bluster won’t be the only hot air in Manchester this weekend, as the Boris Blimp, his helium-filled alter-ego flies north for the start of the Conservative Party Conference on Sunday.

Boris Blimp will appear at the ‘Reject Brexit, Defend Our Democracy’ Demo, taking place in the city on Sunday. The protest is a collaboration between March for Change, a national network of pro-European grassroots groups, and Manchester for Europe.

This is the first time Boris Blimp will appear outside of Westminster.

Britain for Europe is one of the organisations taking part in Sunday’s March and Rally.

“Boris Johnson thought he was above the law of the land, but despite being found guilty, he continues to ‘fly in the face’ of democracy by bad-mouthing Parliament and anyone who opposes his handling of Brexit. This is a disgrace.

“We’re bringing the Boris Blimp to Manchester in the spirit of peaceful protest, to satirise the Prime Minister’s over-inflated ego and his claim to be the champion of the people, which he could not be further from. The reality is, he’s looking down on us all and laughing, while he plays games with the future of our country.”

“Boris Johnson, inflated by his own self-importance, is floating around the country telling lie after lie. It won’t wash here in Manchester. People are waking up to the lies they’ve been told, and realising what a terrible idea Brexit is. Please join us on Sunday to make your voice heard.”

“He was the type of person who would go out of his way to...