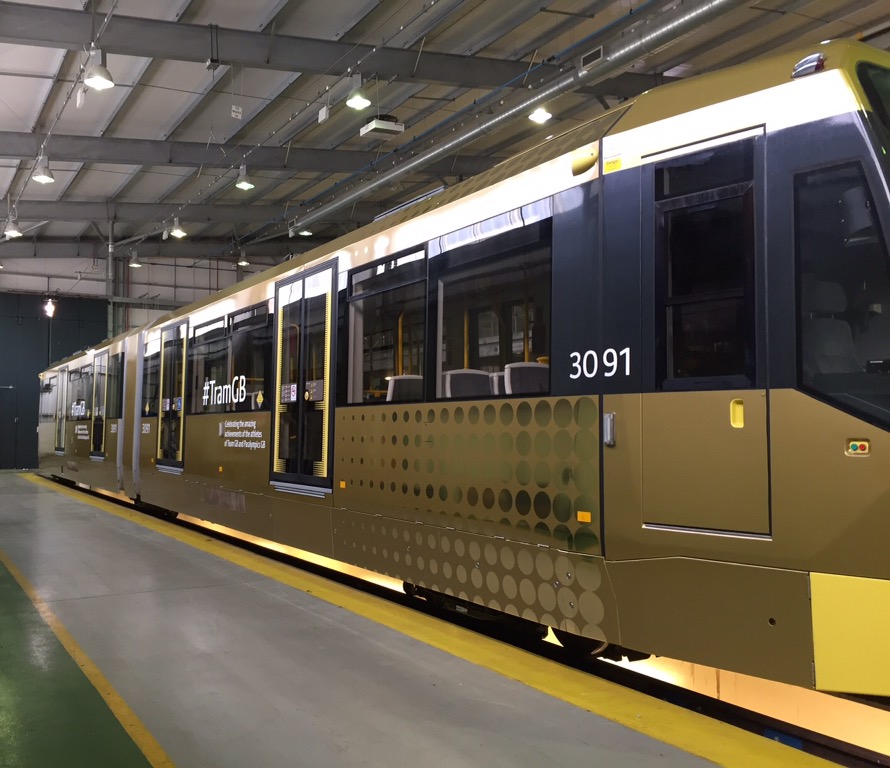 Team GB won 67 medals, making history, as the first ever nation to achieve more medals at an away Games having previously hosted, while ParalympicsGB smashed their medal target, securing success across 15 sports.

A time-lapse video has also been released that captures the intricate process of transforming the tram from its usual yellow and silver livery into a stunning golden tram.

Commenting on the special gold tram, TfGM’s Metrolink director, Peter Cushing, said: “We’re absolutely delighted that Manchester has been chosen to lead the celebrations, particularly given the extensive talent that comes from and trains in the region.

“Our fantastic athletes once again provided countless memories over the summer and are an inspiration to millions of people, so I’m absolutely delighted that we’ve been able to honour and celebrate their success with this special golden tram.

“Tram 91 looks absolutely stunning in its golden livery and I hope the people of Greater Manchester enjoy it.We’d love to see as many pictures as possible from our passengers and the wider public and I’d encourage everyone to get involved using #TramGB to share their photographs.”

Do you recognise these men?