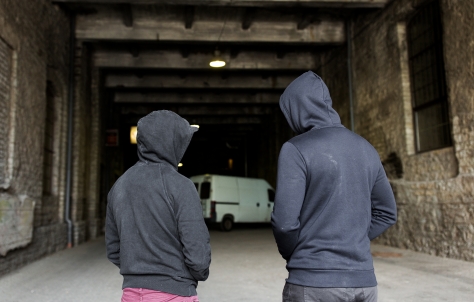 Young women who are gang involved in Greater Manchester are being supported to create new lifestyles and make positive choices away from gangs.
Through a new £300,000 project at Manchester Metropolitan University, young women impacted by gangs are being helped with new opportunities to empower them.
The aim is to boost their aspiration through sport, culture and with support from their peers.
Activities include boxing training, football, plays and achieving accreditations, thereby helping young women to upskill and free themselves from the harm they face.

Researchers from the Manchester Centre for Youth Studies at Manchester Metropolitan University and Manchester Active Voices are working in partnership with local voluntary groups and statutory agencies for the Getting out for Good project, which is funded by the Comic Relief international programme from the Tampon Tax fund.
Similar projects are taking place across the UK and the globe, feeding into a final research-informed framework to create opportunities for young women at risk of serious youth violence.
Criminology researcher Dr Deborah Jump, from Manchester Metropolitan, said that women can be involved or used by gangs in a number of ways, from participating as members to facing sexual exploitation.
She added: “Typically, it is usually males who are thought of when we talk about gangs and their impact, but many women are affected.

“The area of gang-involved women is massively under-researched and, consequently, a lot is unknown but the impact is no less harmful. We want to change that.
“We will support the young women to develop positive choices away from gangs. Often they can’t remove themselves from their gang network – they may be related or connected in other ways – so we want to introduce positive elements into their network to empower them.”
Sociology researcher Dr Susan O’Shea, from Manchester Metropolitan, said: “The issues these girls face are extremely complex and we hope to offer a suite of activities to support change in these. The idea is to create a legacy and provide a knock-on effect whereby other young women can learn and resist the temptation to become gang involved.
“They can then build a legacy for themselves and their community by introducing positive elements to their networks. It is an incredibly powerful idea.”

The three-year project will create gender-specific programmes across Greater Manchester, including football teams, female boxing clubs and theatre based on their experiences.
The Manchester Metropolitan team will work with 100 women in the region. The gang-involved women will earn bespoke and nationally recognised qualifications through age and level-appropriate learning opportunities.
The Comic Relief project involves four projects in the UK, two in Colombia and two in South Africa. All projects will be brought together to enhance the research findings to feed into new gang-reduction frameworks.

Forgotten maps of Manchester slums restored and available to view