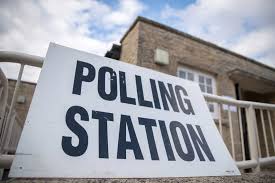 The Prime Minister has called for a general election on the 8th June.

Announcing the news on the steps of Downing Street, Theresa May said that she had come to the decision reluctantly because of the division and uncertainty in Westminster over the Brexit negotiations and wanting a stronger mandate to negotiate terms over the country’s exit from the European Union.

Because of the implications of the Fixed Term Parliament Act, the government requires a two third’s Majority in the House of Commons and will therefore need the support of the opposition.

The Conservatives are in the ascendancy in the opinion polls, with the average figures putting the Tories eighteen points ahead nationally.

The election appears to be another referendum on Brexit according to political commentators.

Mrs May said from Downing Street that:

“Last summer, after the country voted to leave the European Union, Britain needed certainty, stability and strong leadership, and since I became Prime Minister the Government has delivered precisely that.

“Despite predictions of immediate financial and economic danger, since the referendum we have seen consumer confidence remain high, record numbers of jobs, and economic growth that has exceeded all expectations.

“We have also delivered on the mandate that we were handed by the referendum result.”

“I welcome the Prime Minister’s decision to give the British people the chance to vote for a government that will put the interests of the majority first.

“Labour will be offering the country an effective alternative to a government that has failed to rebuild the economy, delivered falling living standards and damaging cuts to our schools and NHS.

“In the last couple of weeks, Labour has set out policies that offer a clear and credible choice for the country. We look forward to showing how Labour will stand up for the people of Britain.”

“We welcome the announcement on the general election, this government has been a disaster for the vast majority of people who have suffered so much”

“general election June 8th! a real chance to deliver a PM who truly puts our communities first not one who starves them of investment”

“Looking forward to chance to vote for an alternative to a government that’s failing our country. Time for united campaign for Labour values”

Commenting on the Prime Minister’s call for a General Election, Liberal Democrat leader Tim Farron said: “This election is your chance to change the direction of our country.

“If you want to avoid a disastrous Hard Brexit. If you want to keep Britain in the Single Market. If you want a Britain that is open, tolerant and united, this is your chance.Only the Liberal Democrats can prevent a Conservative majority.”